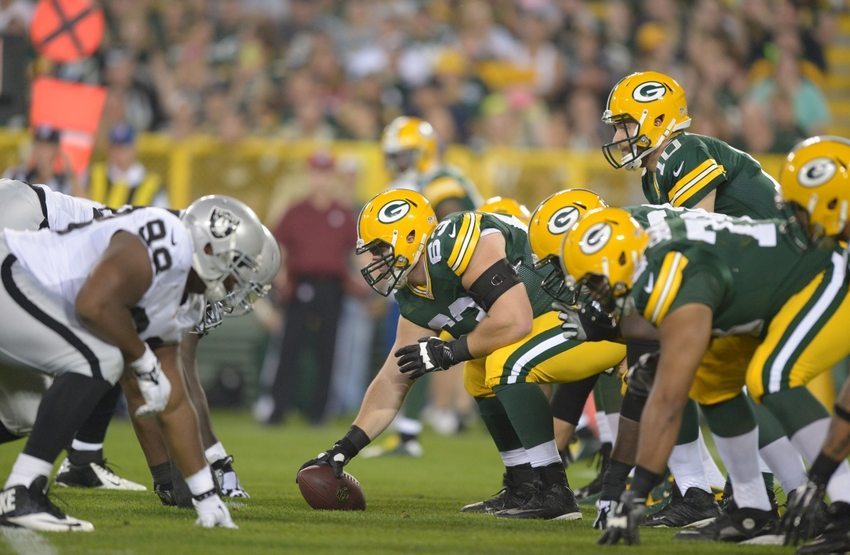 Oakland is a money-burning 16-35-1 ATS in December, 5-13-1 ATS following a win and 7-20-1 ATS after covering the Vegas number so it’s difficult to trust the Raiders as home underdogs this afternoon.   Meanwhile, Green Bay is 6-0 SU and 5-1 ATS in its last six meetings with the Raiders (four wins by 28+ points), while Aaron Rodgers is 14-5 SU and 15-4 ATS in December NFL games when the Packers own a .714 or worse record.  NFL bettors are flooding the betting market with Green Bay money.

Green Bay’s offense has been disappointing this season, averaging just 6.4 yards per pass attempt and 5.5 yards per play against teams that would combine to allow 6.7 yards per pass play and 5.6 yards per play.  Head coach Mike McCarthy has taken over play-calling duties and has recommitted to the ground game.

Running back Eddie Lacy rushed for a season-high 124 yards and a touchdown on 24 carries against the Cowboys last week.  I expect Lacy to continue his late-season surge with another good effort against a subpar Oakland front seven that is allowing 4.2 yards per carry to teams that would combine to average just 4.0 yards per carry.  The Raiders are also yielding 4.7 yards per rush attempt at home this season.

The biggest issue facing Green Bay’s stop unit has been its run defense as teams are averaging 4.4 yards per carry against the Packers, including 4.6 yards per carry on the road and 4.9 yards per carry over the last three games.  Oakland should also have success through the air as the Packers’ mediocre secondary will be missing cornerback Sam Shields today.

Oakland also owns an excellent red zone offense, scoring a touchdown on 65.7% of its possessions.  Finally, Oakland quarterback Derek Carr doesn’t receive the recognition he deserves despite having better numbers than Rodgers this season.  Carr relied upon tight ends Clive Walford and Mychal Rivera last week, and I expect a similar game plan this afternoon.

Carr has grown fond of Walford and the two seem to have developed a chemistry that was missing earlier in the season.  My math model actually favors Oakland in this NFL clash and I’ll give a small lean to the Raiders plus 4 this afternoon.