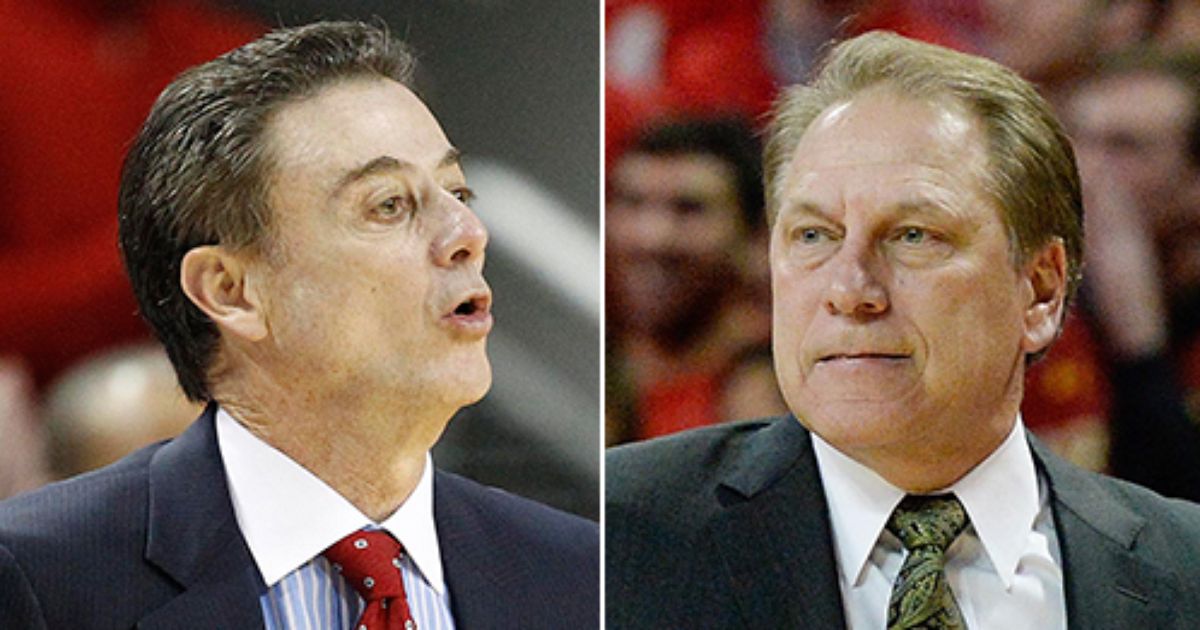 My power ratings have Michigan State as the eleventh-best team in the nation followed closely by Louisville in the 18th spot. My proprietary power numbers also have this game rated close to the existing point spread:

While Michigan State head coach Tom Izzo deserves a lot of credit for leading the Spartans to the Elite Eight Round of the NCAA Tournament, one cannot overlook the fact that Louisville head coach Rick Pitino is an incredible 25-3 SU and 22-6 ATS in post-season games over the last four years, including 15-2 SU and 16-1 ATS versus No. 7 or higher seeds.

Indeed, Louisville is allowing just 60.0 points over its last five games, including giving up a combined 173 points in the NCAA Tournament (57.6 points per game). Meanwhile, Michigan State arrives in the Elite 8 with a scuffling offense that is averaging just 64.6 points over the last five games.

Overall, the Spartans are 6.7 points per game better than average offensively (71.2 points per game against teams that would combine to allow 64.5 points per game), which is not good enough to penetrate Louisville’s stop unit. The Cardinals are superior in the following defensive categories:

Another issue facing Michigan State is its inability to convert at the free throw line. The Spartans are shooting 62.8% from the charity stripe this season (63.9% L/5 games), whereas Louisville is making 68.1% of its free throw attempts on the road and 72.6% over the last five games.

I also like the fact that Louisville takes good care of the ball, ranking 29th nationally in turnover margin (2.7). Incidentally, Michigan State ranks 206th in the country with a -0.4 turnover margin.  Finally, No. 4 seeds (Louisville) are 11-2 ATS in the Elite 8 Round of the NCAA Tournament, whereas No. 7 seeds (Michigan State) are 1-6 SU. Louisville also applies to a very good 31-6 ATS situation of mine that includes a near-perfect 11-1 ATS subset angle. Grab the points and invest with confidence.