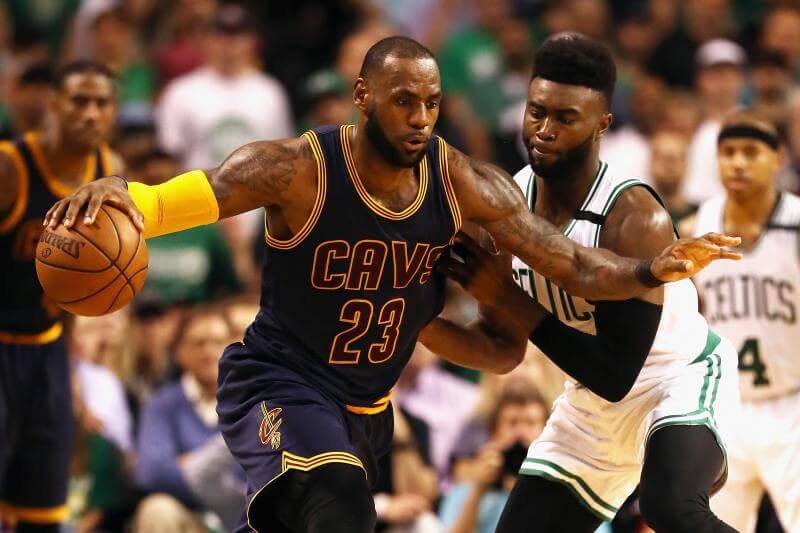 The point spread is once again artificially inflated based on the fact that Cleveland has enjoyed over 4 points per game of positive variance in the NBA playoffs. Cleveland continued its torrid accuracy from beyond the arc in Game 3, shooting 16-of-39 (41.0%) from three-point territory.

The Cavaliers are making a ridiculous 43.0% of their three-point attempts this postseason, including converting 43.4% over the last five games.

I’m also not convinced that Cleveland’s defense is suddenly improved after being ranked 27th in the league in the second half of the regular season (and finished ranked 21st overall). Boston overcame a 21-point deficit with just 19 minutes left in Game 3 by finishing on a 55-31 run. The Celtics’ incredible 111-108 comeback victory was the largest playoff upset in the past two decades.

“It’s big. It’s big. A lot of people doubting us out there, thought we were finished,” said Al Horford, looking directly into the cameras at times and congratulating teammates as they walked past him to the locker room. “Heart. We got heart. This team’s got heart. We got beat bad, but it’s all about how you rebound, and we bounced back tonight.” Head coach Brad Stevens has repeatedly stated that his roster consists of players who “have chips on their shoulders.”

“A lot of these guys have been overlooked, and this is their first opportunity to really play a meaningful role,” Stevens said following Game 3. “And as they’ve continued to play and play better and better and better, they’ve just risen in their games and with our team.”  Perhaps Marcus Smart summarized how Boston feels at this juncture of the season:

Everybody in this locker room, on this team, has been told we couldn’t do something or had somebody that really didn’t believe in us.

With Cleveland standing at 17-28 ATS after failing to cover the spread, 1-9 ATS off a home loss and 1-8 ATS off an upset loss at home this season, take the Celtics in Game 4 of the NBA Playoffs and invest with confidence.