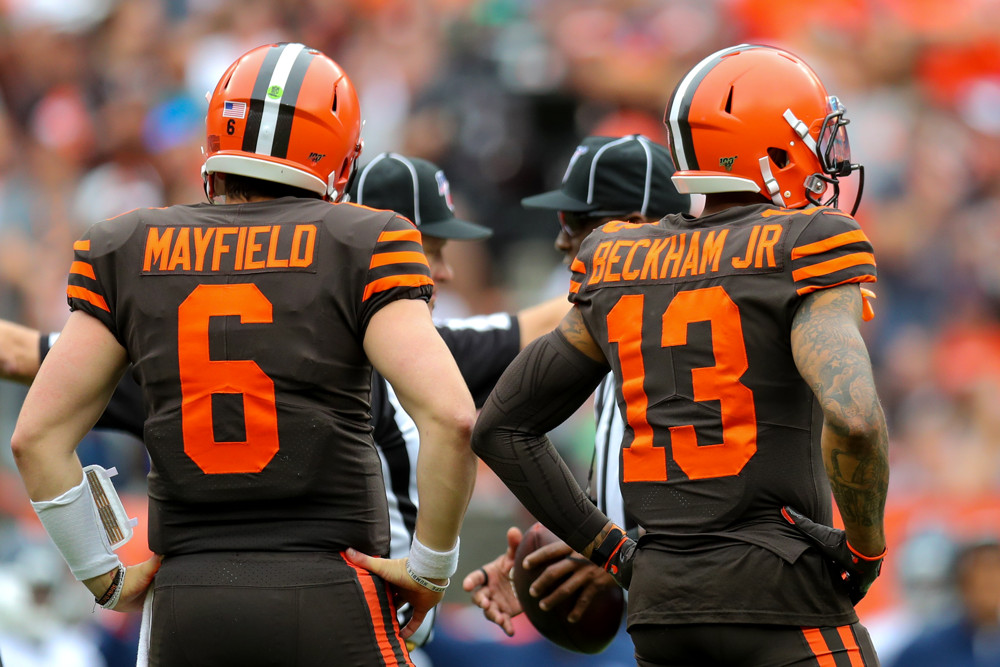 After losing its season opener at home against the Titans, the Cleveland hype train hits the road to face the Jets under the Monday Night lights.  The Browns haven’t been a road favorite of 5 or more points since 1995 when Bill Belichick was the head coach.

Despite being upset as 5.5-point home favorites, the Browns remain grossly overrated by the betting market, which is partially driven by public misperception.  Let’s not forget that the Browns committed 18 penalties for 182 yards in their Week 1 loss to Tennessee.

Cleveland allowed 43 points to Marcus Mariota and my math model favors Cleveland by 4.4 points in this game after taking into account the Sam Darnold illness.  The Browns were 2.5-point favorites before Darnold’s announcement; they are currently laying 6.5 points under the Monday Night lights.

The Jets apply to a very good 75-34 ATS (68.8%) system of mine that invests on certain NFL underdogs (or pick) versus teams with a negative turnover margin.  I have Darnold worth approximately 3.1 points to the point spread and backup quarterback Trevor Siemian has plenty of experience in this league.  In fact, Siemian has a 13-13 record as a starter in the NFL.

Since 1980, NFL home underdogs off an upset loss in which they allowed 21 or fewer points are 41-20-1 ATS, including 30-10-1 ATS when playing with revenge. Better yet, if these home underdogs enter off a divisional loss like the Jets, they improve to 18-1 ATS.

Cleveland is a money-burning 13-33 ATS following a loss, 2-8 ATS off a double-digit home loss and 1-5 ATS in their last six meetings in this series.

Following last Sunday’s collapse, New York head coach Adam Gase was furious with his team. He was particularly angry with the receivers, saying, “We made some mistakes and they were fatal to us … They need to do a better job of executing what they’re supposed to be doing.”

In response, the Jets traded for wide receiver Demaryius Thomas, who had seven catches for 87 yards and two touchdowns in the Patriots’ preseason finale. Thomas is familiar with Gase; he served as the Denver Broncos’ wide receivers coach from 2010 to 2013 and then as the team’s offensive coordinator from 2013 to ’14.

Cleveland has major issues along its offensive line.  The Browns gave up five sacks and seven quarterback hits in Week One.  I expect the Browns to keep the ball on the ground with running back Nick Chubb, who had 17 rushes for 75 yards against the Titans.

Grab the points with the live home underdog as Oskeim Sports free Monday Night Football pick and invest with confidence.