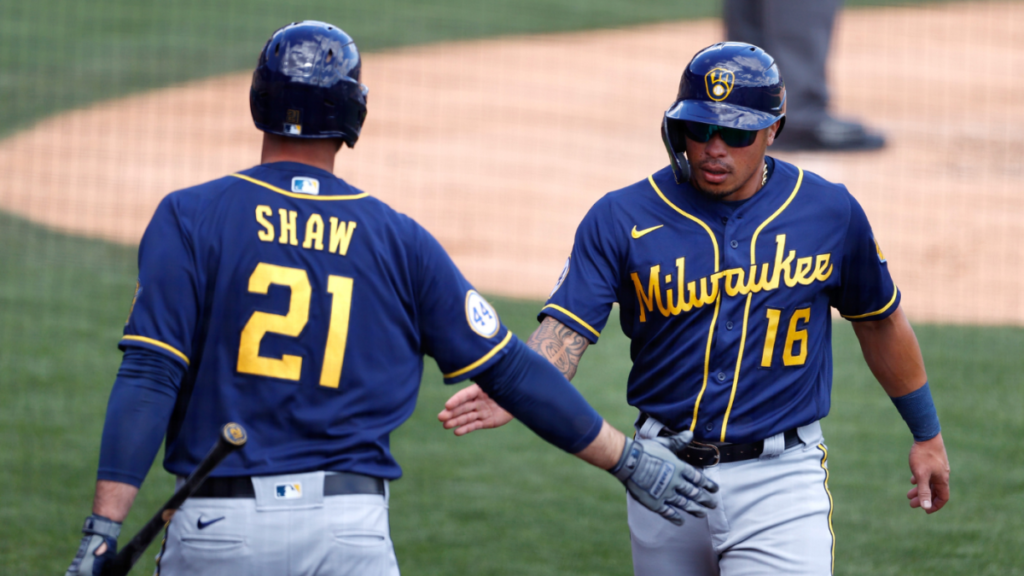 The Milwaukee Brewers look to build upon their NL Central lead as they begin a 10-game road trip tonight in Chicago. Milwaukee has the best road record in the majors at 34-19 and they have won 10 of their last 15 games overall. The Cubs were just swept at home by their city rival the White Sox and have now lost six straight home games.

The outlook tonight isn’t all that great either. It’s no fault of Cubs’ starting pitcher Alec Mills who is 5-4 with a 4.41 ERA for the season. Mills isn’t an elite pitcher in MLB, but he has yet to allow more than four runs in any of his starts. The problem for Mills isn’t necessarily his pitching. It’s his teammates at the plate.

With the massive Cubs sell-off before the trade deadline, there isn’t much meat left in the batting order. Gone are Javier Baez, former NL MVP Kris Bryant, and 1B Anthony Rizzo among others. What’s left is a team that is 20th in the majors in runs per game (4.19) and 27th in batting average (.227).

What’s left is C Wilson Contreras who, thus far in August is just 4-for-21 (.190). Contreras leads the Cubs with 17 homers though he hasn’t hit one since July 29. There just isn’t a live bat in the Chicago lineup.

That is going to create problems tonight as the Cubs must face Milwaukee’s Freddy Peralta. The Brewers right-hander is having a career season. He is 8-3 with a 2.21 ERA. Peralta’s ability to generate swings and misses is about as good as any pitcher in baseball. He also limits the number of hard hit balls in play.

Peralta only recorded one decision in his last three starts. It was a 12-0 win over Pittsburgh. Milwaukee won all three starts and Peralta pitched a total of 16 innings allowing just two earned runs. He is just one of several key pieces in the Brewers rotation. Milwaukee owns the second-best ERA in baseball (3.31) as well as the second-highest number of outs pitched per game (26.87).

The only issue for Milwaukee is its bullpen, which is one of the best in baseball. The coronavirus has sent a number of the Brewers’ best relievers to the injured list. Josh Hader, Jake Cousins, Jandel Gustave, and Hunter Strickland were all missed as Milwaukee lost its last two games to San Francisco over the weekend.

With a lack of firepower, the Cubs will not be able to do much damage to the Brewers relievers. The Under is always a consideration when Peralta pitches. The Under is 5-2 in the Brewers’ last seven games. Don’t expect the Cubs to light it up at home.

With Milwaukee a -178 favorite, there may be more value in the run line. Bettors can find the Brewers on the run line at -1.5 (-120). In nine losses to Milwaukee this season, Chicago has covered just twice.