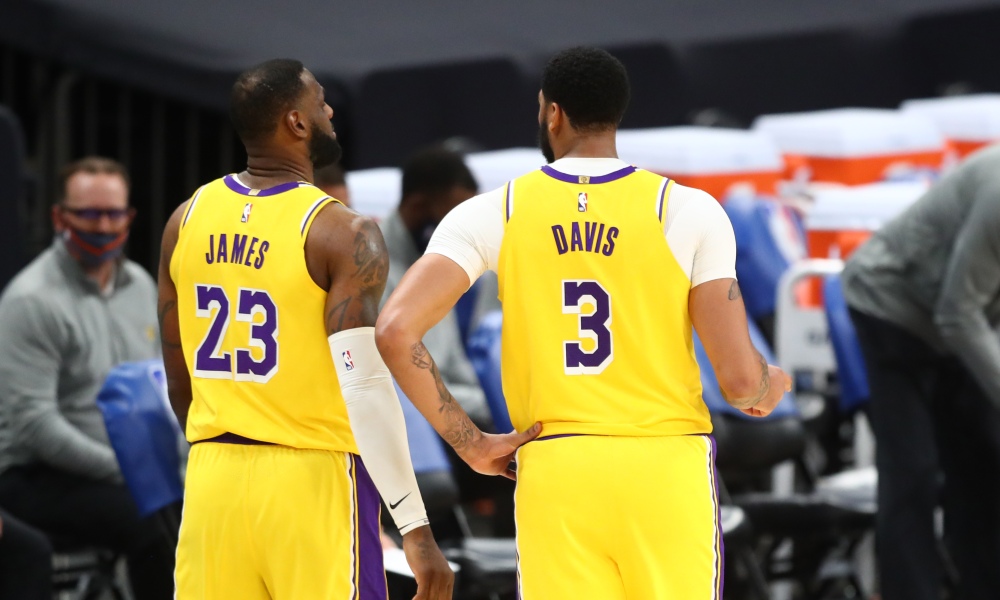 In the span of a week, the Charlotte Hornets went from sitting in the top four in the Eastern Conference to outside the top eight. That’s what happens when you don’t play defense and drop four straight games. Tonight, the task gets even tougher as the Hornets play the Los Angeles Lakers at the Staples Center. It will be Charlotte’s second consecutive game there having lost to the Clippers 120-106 last night.

The Hornets were competitive most of the game against the Clippers but fell apart at the end. Charlotte allowed a 22-0 Clippers run to end the game and lost by 14. Over their last four games, all on the West Coast, the Hornets have given up at least 113 points to their opponents. Still, there is hope for the Hornets.

First, you have the Lakers coming into tonight on the heels of back-to-back losses to Portland (5-5) and Oklahoma City (3-6). It was the Lakers’ second loss of the young season to the Thunder, a team that many believe has the weakest roster in the NBA.

Then, there is the LeBron James situation. The Lakers star is out indefinitely. To make matters worse, Anthony Davis left the game on Saturday and is listed as day-to-day. If Davis doesn’t play, the Lakers could be in serious trouble. So far, LA ranks just 19th in offensive rating this season. The Lakers would still have Russell Westbrook, but if his last game is any indication it won’t make much difference. Westbrook shot 1-of-13 against Portland.

There is also Charlotte’s success in games on back-to-back nights. The Hornets have played two back-to-backs this season and they have won both. Despite their recent losing streak, Charlotte is still the top-scoring team in the NBA. The Hornets average 113.5 points per game. Their problem is on defense where Charlotte ranks dead last in points per game giving up 117.6. As if that’s bad enough, the Hornets give up over four points more per game than Memphis, the team ranked 29th.

The Lakers may not be able to take advantage of the poor Charlotte defense. With James out, LA scored 104 in the loss to the Thunder. Then, the Lakers managed just 90 points without James and Davis for part of the game in the loss to Portland.

Neither team is covering spreads. The Lakers are just 2-11 ATS in their last 13 games and the Hornets are 1-5 ATS in their last six. It’s even worse for Charlotte when they play the Lakers. The Hornets have lost five straight to LA and they failed to cover the spread in all five games.

The Hornets are trending Over with four of the last five game totals going Over the posted number. That’s really due to Charlotte’s lack of defense though as the Hornets haven’t scored more than 110 points in any of their last five games. The Under has cashed in four of the Lakers last five games which is indicative of their defense and the lack of scoring recently.