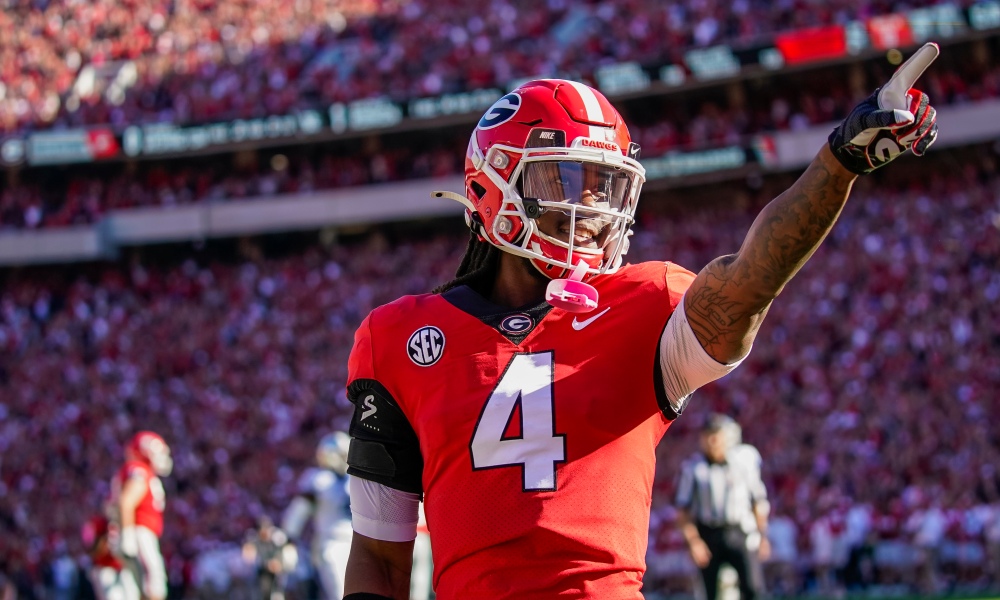 The Orange Bowl hosts the other College Football Playoff semifinal featuring No. 2 Michigan and No. 3 Georgia. The Wolverines capped off their best season in several years with a 42-3 win over Iowa in the Big Ten championship game. That came on the heels of head coach Jim Harbaugh’s first win over rival Ohio State. Michigan ended the season 12-1, the kind of season Wolverines fans have been dreaming of since the hiring of Harbaugh.

Georgia won 12 straight games and spent most of the 2021 season ranked No. 1 in the nation. Then, they got drilled by Alabama in the SEC championship game. The Bulldogs defense was the talk of the town throughout the season until the Crimson Tide proved that Georgia was human.

Michigan put its running game on display in the final two games of the season. In the win over Ohio State, the Wolverines ran for 297 yards and then got 211 more in the Big Ten title win over Iowa. Michigan is big upfront and loves to pound opponents with running backs Hassan Haskins and Blake Corum. Haskins was the Wolverines leading rusher with 1,288 yards. He also ran for 20 touchdowns. Corum was equally impressive with 939 yards and 11 more scores.

Wolverines QB Cade McNamara is not called on to do as much as Young, but he is capable of hurting you in the passing game. He threw for 352 yards in a win over Maryland and 406 in Michigan’s only loss this season to Michigan State. What has hurt the Georgia defense, which Alabama exploited, is a strong passing game. The Crimson Tide threw for 421 yards in that SEC championship game victory.

What gets overlooked is the Michigan defense. DE Aidan Hutchinson is a first-round draft pick and one of the nation’s best. He leads a Wolverines defense that ranks No. 4 in the nation in scoring defense. Michigan allowed just 16.1 points per game this season. The Wolverines rank 21st against the run and that defense will be tested against a Georgia team that also likes to run the ball. The Bulldogs averaged a little over 195 rushing yards per game this season.