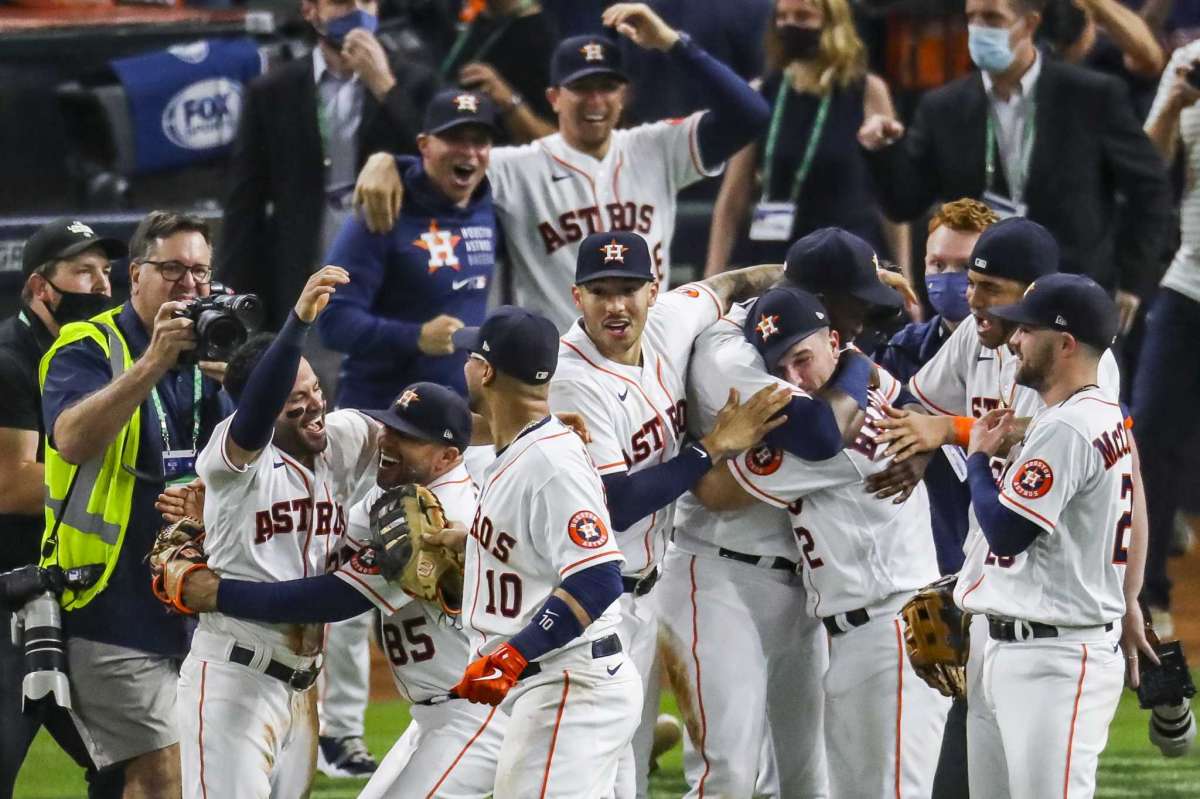 It’s the third trip to the World Series in five seasons for mighty Houston, winners of the American League and the favorite to capture the series. For the underdog Atlanta Braves, it’s a true Cinderella story. The Braves were actually under .500 at the All-Star break and lost their best player, Ronald Acuna Jr., to a knee injury right around that time. Atlanta fought back, added Eddie Rosario at the trade deadline, and punched its ticket to its first World Series since 1999 as a result.

Rosario has been outstanding for Atlanta. He won the NLCS MVP after collecting 14 hits and nine RBIs over the six-game win over the Dodgers. In the postseason, Rosario is hitting .474 with three home runs and 11 RBIs. Reigning NL MVP Freddie Freeman is batting .294 and also has three homers and six RBIs. The Braves have the bats to compete with Houston. Remember, they had three players – Freeman, Ozzie Albies, and Austin Riley – who hit 30 or more homers and Dansby Swanson was close behind with 27.

That Braves lineup will face Houston left-hander Framber Valdez in Game 1 tonight. Valdez is 1-0 in the postseason and is coming off his best performance of the postseason. He gave up three hits and one earned run in eight innings in Game 5 of the ALCS. That win sent the series back to Houston where the Astros won it in Game 6.

The only concern with Valdez is his walk rate. In 134.2 regular-season innings, Valdez’s walk rate was 10.1 percent. So far in the postseason, walks have not plagued the Astros leftie. In three playoff starts and 15 innings total, Valdez has issued just five walks. Plus, he will have a rested bullpen to help him finish the game. Don’t forget, Atlanta struggled against left-handed pitching this season. The Braves were 24th in MLB against southpaws.

The bigger plus for Valdez is a Houston lineup that is the best in MLB. In the postseason, the Astros are batting .281 with a .353 on-base percentage. After losing Games 2 and 3 to Boston in the ALCS, Houston found its way and outscored the Red Sox 23-3 in Games 4, 5, and 6.

Yordan Alvarez is on fire this postseason. So far, he is batting .441 with two home runs and nine RBIs. He was the MVP of the ALCS. RF Kyle Tucker is hitting .275 with four home runs and 15 RBIs and former AL MVP Jose Altuve recovered from a short slump to hit three homers and drive in seven runs. The Houston lineup is deep and talented.

That poses a challenge for Braves starter Charlie Morton who is 0-1 this postseason. One good thing though is that Morton pitched really well on the road this season. He was 8-3 with a 3.06 ERA in road games during the regular season. Plus, he is no stranger to Minute Maid Park having played for the Astros in 2017 and 2018. T