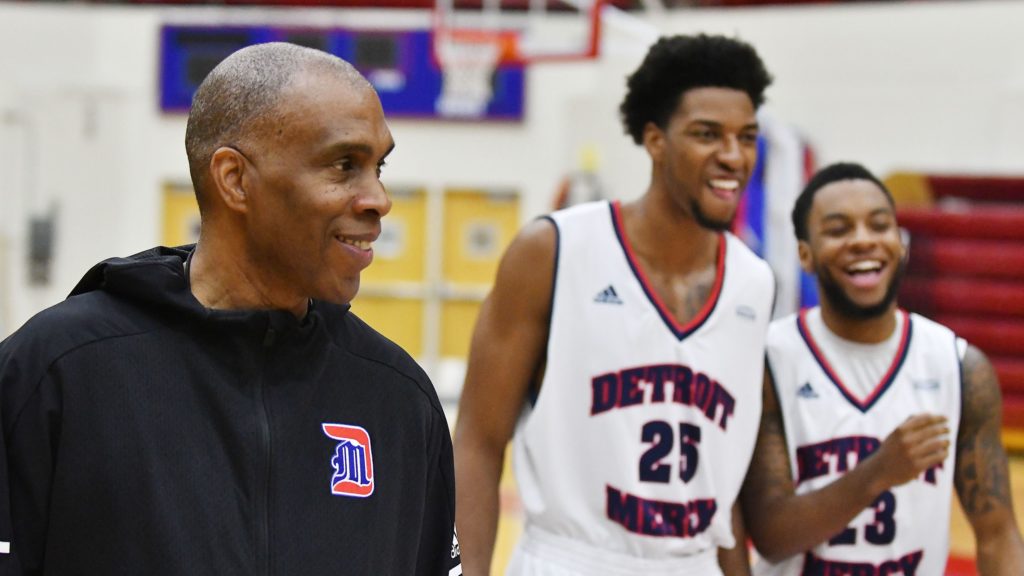 Oskeim Sports previews Thursday’s NCAA Basketball game between IUPUI and Detroit.  Oskeim recommends grabbing the points with the Titans as one of his free sports picks for February 28.

Oskeim also likes Wisconsin-Green Bay as one of his free sports picks for tonight.

In contrast, Detroit is 8-3 ATS at home this season where it’s averaging 79.4 points per game on 39.7% shooting from three-point territory. Freshman Antoine Davis enters the contest with 121 three-pointers on the season, just behind Stephen Curry’s NCAA freshman mark of 122 at Davison in 2006-07.

Davis is one of just three freshmen in Division I to score in double figures in every game they have played this season (RJ Barrett-Duke, Lamine Diane-Cal State Northridge). Detroit is third in the Horizon League with 9.4 three-pointers per game, and 37th in the country in that category.

Senior Josh McFolley is second on the Titans in scoring with 12.8 points per game and joins Davis as one of the most reliable free throw shooters in the nation.

Indeed, Davis is making 85.5% of his free throw attempts in 2018-19, while McFolley is converting 77.4% from the charity stripe.  McFolley has registered 50 steals this season and is ranked second in the Horizon League with 1.79 steals per game.

Finally, I have been impressed with Detroit’s improvement at the defensive end of the floor. After finishing last year ranked 333rd in three-point field goal percentage defense (39.7), the Titans are limiting opponents to just 34.1 percent from beyond the arc in 2018-19.

With IUPUI standing at a money-burning 25-56-1 ATS versus teams with a losing record, including 15-36-1 ATS in its last 52 games against .399 or worse opposition, grab the points with the Titans as one of Oskeim Sports’ free sports picks for Thursday, February 28, 2019.