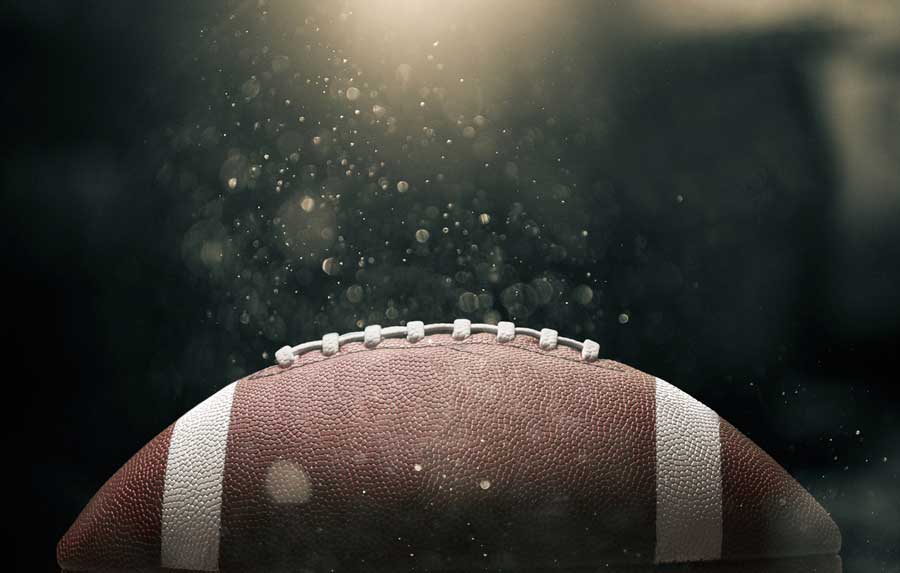 The NFL Draft is an annual attraction for football fans of all types. College football enthusiasts are eager to see where their favorite players land, while pro fans can watch as their teams take shape for the coming season.

However, the 2020 NFL Draft will be different than any other draft before it. In the aftermath of widespread closures and cancellations due to COVID-19, the NFL Draft will be the first live sporting event of significance since the outbreak began. This means that the 2020 draft will be even more of a magnet for fans that are desperate to watch anything related to sports.

Here’s what you need to know to prepare for this exciting event.

The Draft Order
The NFL Draft is structured so that the teams that were worst last year get the first crack at the top 2020 NFL Draft prospects. That puts Cincinnati, Washington, and Detroit at the top three of this year’s draft, in line with preseason NFL predictions. We’ll also see some teams drafting earlier than they’re accustomed to, with the LA Chargers drafting sixth and Carolina following at seventh.

What about teams that made it to the playoffs? The draft determines positioning for these teams based on when they were eliminated. This gives teams that lost in the first round a better chance at top players. The most notable example of this playing out in 2020 is the New England Patriots, who will draft at an unfathomably low 23rd.

This positioning works both ways, though, as the Tennessee Titans’ run to the AFC championship game is rewarded with the 29th overall pick. For the NFL championship runner-up San Francisco 49ers, however, there are no such worries – they’ve already acquired the 13th overall pick in a trade with Indianapolis.

Players to Watch
Alabama quarterback Tua Tagovailoa was positioned to be a sought-after pick in 2020. In fact, for much of the NFL season, the phrase “Tank for Tua” was commonly uttered whenever a team like Miami or Cincinnati would lose a winnable game. However, thanks to a devastating late-season injury, the entire draft board has been shuffled.

Tagovailoa still appears to be a surefire first-round pick, with some projections having him going in the top five. However, the first pick of the draft is almost guaranteed to be LSU quarterback Joe Burrow, who turned a lot of heads when he led the Tigers to a national championship in January. There has been speculation about whether or not Burrow wants to go to Cincinnati, but we’ll surely find out in late April when the Bengals select him at number one.

Ohio State’s edge rusher, Chase Young, seems to be the predicted second overall pick for Washington; however, after Young, the draft can go in a variety of directions. With the third overall pick, Detroit could take one of several NFL draft prospects, including Clemson linebacker Isaiah Simmons, Auburn defensive tackle Derrick Brown, or Ohio State cornerback Jeff Okudah. Alternatively, the Lions can trade down and really throw the draft into disarray.

Free Agency Follow-Up
With NFL free agency in full swing, the needs of NFL teams are starting to become more apparent. The Chargers, for instance, are likely to use their number six pick on a quarterback (perhaps Justin Herbert of Oregon) now that Philip Rivers has moved on to Indianapolis. Along the same lines, the Dallas Cowboys are fresh off the loss of cornerback Byron Jones and may opt to take Alabama CB Trevon Diggs at number 17. Meanwhile, the Tampa Bay Buccaneers will be eager to protect their new quarterback Tom Brady and may opt for an offensive lineman at number 19.

Speaking of Brady, the focus of the draft will be on the Patriots at number 23, much to the disappointment of Patriots haters everywhere. There’s a chance that we’ll see Bill Belichick draft Brady’s successor with this selection. The Patriots already have 2019 fourth-round pick, Jarrett Stidham, in tow, but they may decide to start retooling by making a big splash on day one of the draft. However, if there’s one thing we know about Belichick, it’s that he often defies football predictions, so this situation will be one to watch on draft day.

Want more NFL predictions and picks? Oskeim Sports is your go-to source. Contact us today for more information about our sports betting packages!