Why Week 0 Exists in College Football 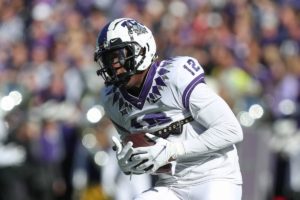 It all gets underway this weekend. On Saturday, there will be 11 college football games played. The rabid fan and college football bettor will get to whet his appetite before the real kickoff next week. A full slate of games takes the college football world by storm beginning Thursday, Sept. 1. Week 1 of college football has almost always been reserved for the weekend around Labor Day. So, why does this Week 0 appetizer menu of games even exist?

It’s a great question and the answer revolves around one college football program in particular – the University of Hawaii.

Because of Hawaii’s distance from the mainland of the United States, playing away games is difficult for the Rainbow Warriors. Years ago, the NCAA allowed Hawaii to schedule an extra home game to help make up for the costs associated with the team’s away games. Teams that choose to play at Hawaii also have the option of scheduling an extra game.

In 2016, the NCAA made another decision regarding Hawaii’s circumstances. Any team that is scheduled to play at Hawaii would be permitted to begin its season a week early. Hence, Week 0. This year, Hawaii will host Vanderbilt. Among the 11 games on this Saturday’s Week 0 schedule, you will find a number of teams on the Rainbow Warriors schedule.

Duquesne, an FCS program from Pittsburgh, will play at Hawaii on Sept. 17. The Dukes face Florida State this Saturday. New Mexico State, Wyoming, and Nevada are all on Hawaii’s schedule this season. All three teams will be in action this Saturday.

Now, playing at Hawaii isn’t the only reason a team can play a Week 0 game. FCS teams like Duquesne are allowed to schedule a Week 0 game as long as it’s a non-conference game. The game must also be on national television. That is the case for Duquesne as well as Florida A&M, which plays at North Carolina, and Idaho State, which plays at UNLV.

Teams are also allowed to play in Week 0 by applying to the NCAA to do so. One of the big reasons why the NCAA will grant a Week 0 game is extreme travel, like that associated with going to Hawaii. This year, Nebraska and Northwestern will kick off their Big Ten schedules with a game in Dublin, Ireland. That game is actually the first on the Week 0 schedule.

Teams are also able to apply to the NCAA for a Week 0 game for other reasons. Back in 2019 for example, Miami and Florida State petitioned the NCAA to play in Week 0. It was the 150th anniversary of college football and the game was broadcasted by ESPN along with a variety of coverage revolving around 150 years of the sport.

Now, college football fans will surely be looking ahead to Week 1 when many of the big kickoff games take place. This year, Ohio State will host Notre Dame and Georgia and Oregon will tangle in Week 1. The most rabid of fans, as well as bettors, can get started with a Week 0 appetizer. And, now you know why Week 0 exists in college football.