Why Oskeim Sports Provides its Clients with Industry-Leading Research & Analysis 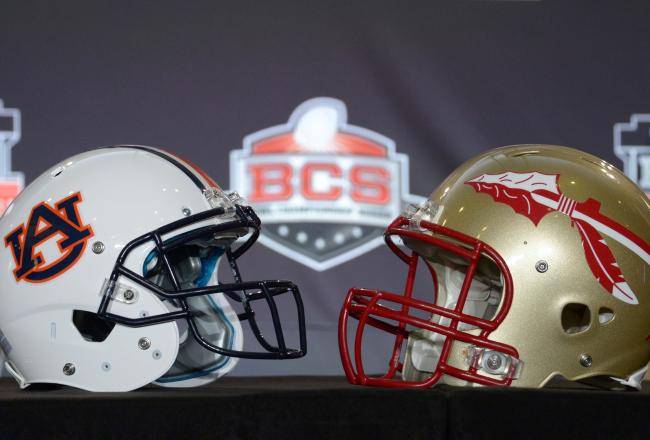 Please find below the analysis provided to my clients on tonight’s BCS Championship game.  Auburn was rated as a 5* selection, which are a documented 64.8% since 2008.  All picks are published contemporaneously in our Pick Archive.

Auburn hails from the best conference in college football (SEC) that has won seven consecutive BCS titles, and I expect the Tigers to secure the eighth straight title on behalf of the SEC tonight. Auburn takes the field with a dynamic offense that is averaging 40.2 points per game this season at 6.5 yards per rush play, 8.5 yards per pass attempt and 6.8 yards per play. However, Auburn’s offense really began to excel following its bye in week 5 as the Tigers averaged 43.3 points on 505 yards per game at 7.1 yards per play from week 6, which was an impressive 1.7 yards per play better than average (7.1 yards per play against teams that would combine to allow just 5.2 yards per play).

The real story is Auburn’s ground attack that averaged 6.5 yards per rush play against teams that would combine to allow just 4.7 yards per carry. Moreover, from week 6 out, the Tigers’ were 2.3 yards per rush play better than average and were led by quarterback Nick Marshall (1.023 yards at 6.6 yards per carry) and running back Tre Mason (1,621 yards at 5.7 yards per carry). Against one of the best run defenses in the nation (Alabama), Auburn garnered 321 rushing yards at 6.6 yards per carry. Auburn’s ground assault exposed a very good Missouri run defense to the tune of 555 yards at 7.8 yards per carry. I have said for years that the best defense is a solid ground attack, and that is precisely what we have with Auburn tonight. We also have a double-digit underdog that possesses one of the best ground games in the nation, which provides an excellent foundation for a sports investment.

Overall, Auburn’s offense is 1.8 yards per rush play, 1.5 yards per pass play and 1.5 yards per play better than average this season, but those numbers are too conservative in light of the Tigers’ offensive production following their week 5 bye. And, while Auburn runs the ball 72% of the time out of a variety of formations, quarterback Nick Marshall has grown into a legitimate passing threat with a 61.6% completion rate and 12-5 ratio (1.5 yards per pass play better than average). Let’s also note that Auburn possesses one of the best special teams units in the country behind punter Steven Clark (40.2 net yards per punt this season) and place kicker Cody Parkey, who made six field goals of 40 or more yards (5-of-6 on field goal attempts between 40 and 49 yards). The Tigers special teams were also +3 on return touchdowns this season.

The concern for Auburn is the Seminoles’ offense that is 2.0 yards per play better than average (7.8 yards per play against teams that combine to allow 5.8 yards per play). Auburn possesses a mediocre defense (6.0 yards per play to teams that would combine to average 6.0 yards per play) so Florida State will certainly have success moving the ball tonight. However, Auburn’s defense has been outstanding in the redzone this season as the Tigers allowed just 4.0 points per redzone opportunity, which was among the best in the nation. The speed of Auburn’s defense is something that the Seminoles have not seen this year, much like Clemson’s speed and athleticism was something that Ohio State had not seen during the 2013 campaign.

The disparity in the team’s respective strengths of schedule is also alarming as Auburn played a significantly more difficult schedule this season. While Auburn was playing (and defeating) Texas A&M, Georgia, Alabama and Missouri (12-1 SU and 11-2 ATS overall this season, Florida State was tussling with Nevada, Bethune-Cookman (no, I’m not kidding), Boston College, Maryland, North Carolina State, Wake Forest, Syracuse and Idaho (no, I’m not making this up). In essence, we have Florida State, who has not played anyone all season, laying double-digits against a team from the best conference in the country that has won seven national championships in a row.

From a technical standpoint, it is interesting to note that Heisman Trophy winners are just 7-7 SU and 5-9 ATS in their bowl games since 1993, including 3-6 SU and ATS in the national title game. Heisman Trophy bowl teams are also 1-6 SU and 0-7 ATS as favorites of more than six points versus .923 or greater opposition since 1980. Let’s also note that Auburn is a perfect 5-0 ATS as underdogs this season, while New Year’s Day and later SEC bowl teams are 11-3-1 SU and 11-4 ATS versus undefeated opponents. I also like the fact that SEC teams are a perfect 8-0 ATS versus non-SEC foes in the national championship game since 1999. Finally, head coach Gus Malzahn is 14-1 SU and 14-0 ATS following a conference game, 14-1 SU and ATS off consecutive wins and 10-2 SU and 10-1 ATS versus teams with a winning record. Grab the inflated number with Auburn and invest with confidence.