Why Oregon State will Pull the Upset over the Cardinal 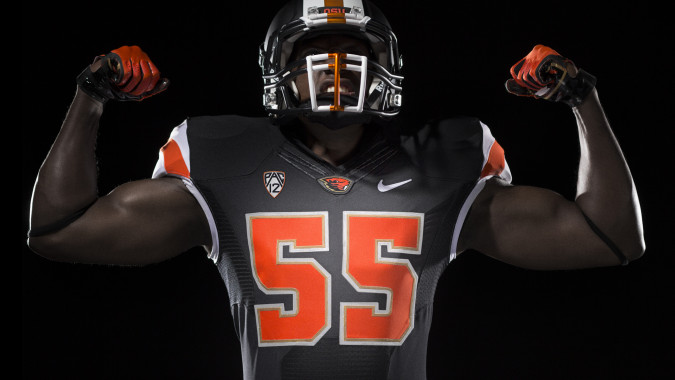 Oregon State continues to be a team that no one is talking about, but the Beavers have reeled off six consecutive wins after suffering a shocking 49-46 loss to Eastern Washington in its season-opener. Mike Riley’s squad owns three consecutive blowout wins over Colorado (44-17), Washington State (52-24) and California (49-17), two of which were on the road in hostile environments.  Oregon State came up 38 votes shy of being ranked this week, which has served as extra motivation for the players in Corvallis.

Oregon State’s offense is led by quarterback Sean Mannion, who leads the nation with 2,992 passing yards and is second with 29 touchdowns (only three interceptions).  Mannion was 35-of-45 for 481 yards at California last week, while receiver Brandin Cooks remains his favorite target. Indeed, Cooks leads the country with 76 catches and 1,176 yards and 12 touchdowns.  The Beavers are averaging 44.1 points per game this season on 516 total yards per game (6.7 yards per play; 11.7 yards per point).  Overall, Oregon State’s aerial attack is 1.0 yards per pass attempt, 0.7 yards per play and 1.6 yards per point better than average.

The concern for Stanford is its secondary that is allowing opposing quarterbacks to complete 62.4% of their pass attempts on the road in 2013.  Stanford will once again be without star defensive end Henry Anderson, who is expected to miss his sixth consecutive game with a knee injury.  There is no question that Stanford’s defense is walking into a buzz saw that is Oregon State’s offense that is averaging an incredible 48.3 points over its last three games, including 471 passing yards (9.2 yards per pass play; 64.7% completion rate) and 569 total yards (7.0 yards per play; 11.8 yards per point).

Meanwhile, Oregon State’s defense continues to improve as the Beavers have limited foes to a mere 19.3 points over their last three games, including 3.9 yards per rush play, 5.2 yards per pass attempt and 4.7 yards per play.  Mike Riley’s secondary could catch a break if Stanford wide receiver Devon Cajuste is unable to play Saturday.  Cajuste was feared to have torn a ligament in his right knee last week after his leg bent awkwardly on a tackle.  However, an MRI showed no damage and an X-ray confirmed no break, but his return is still uncertain for Saturday’s game against the Beavers.  After garnering 109 yards on a career-high seven catches against UCLA before getting injured, Cajuste has 21 receptions and 377 yards with four touchdowns this season.