Why Bettors Should Take Advantage of Betting First-Half NFL Lines 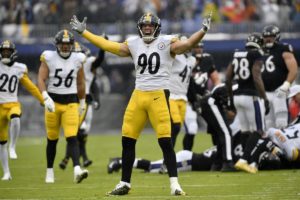 NFL bettors looking for new ways to slay the betting dragon should look at the advantages offered by betting first-half NFL lines. Instead of betting the entire game, the second half is eliminated. There are advantages to betting just the first half and a few strategies bettors can use to exploit these advantages.

It starts with a clear understanding of exactly what you are doing.

The First Half NFL Market

First-half NFL bets are offered prior to a game starting and include the more common bet types – moneyline, point spread, and totals. When you wager on a first-half line, only the first half of the game matters. All bets are scored based on the halftime score.

These bets are popular among bettors who are able to recognize certain first-half trends. These trends offer bettors an edge. Bettors can find first-half lines at most sportsbooks.

What is the “Dead Heat Rule?”

There is the possibility that an NFL game can be tied at halftime. That creates a great question for bettors. What happens when you bet the first half and the score is tied? Most sportsbooks use something called the Dead Heat rule.

With the tie not offered as a betting choice, sportsbooks offer half of the original odds to the bettor. It works like this.

Some sportsbooks will create a three-way market for the first half. Bettors can choose the tie as an option and the Dead Heat rule would not apply.

When betting the NFL first half, one strategy is to look for heavy favorites that are playoff-caliber teams. Teams that lay a bunch of points do so for a reason. The favorite often jumps out to a big lead so they can rest their starters in the second half.

The heavy favorite covering the first half spread is more likely than covering the game spread. The junk time at the end of the game is too unpredictable.

Bettors can also look for favorites that tend to start games slowly. There are a number of reasons why a team may do that. One of the biggest reasons is the NFL schedule. The league’s schedule is a tough one. Games are physical and players need time to recover.

Oftentimes in an NFL season, a team will play a game with limited rest. Teams can play a late afternoon game on a Sunday and then play on a Thursday night. Add in that the team may have had to travel and you may have a situation where you would consider betting the Under.