What Are the Most Popular Fantasy Sports? 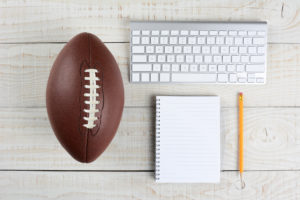 Fantasy sports are played by over 40 million people in the United States alone. With such a large player base, you start to wonder which fantasy sports are the best ones to get involved in.

So what are the best fantasy sports? What makes certain sports better for fantasy than others?

That’s what we’re here to look at today. Read on to find out more about what the best fantasy sports are and which one is best for you.

When it comes to fantasy sports, especially if you live in America, there’s no real conversation unless American football is part of it. American interest in fantasy gridiron football is bigger than any other sport here in the states.

It’s easily the most popular fantasy sport in the United States, and a lot of that has to do with the large market share and overall popularity of football. It’s also inherently an exciting game with plenty of different outcomes.

There are also dozens of great players each year across many different positions. This makes fantasy football, particularly drafting players and paying attention to scores, that much more engaging.

Fantasy basketball remains one of the most popular daily fantasy sports. This makes sense given the huge popularity of the sport in both the U.S. and around the world. Even with that being the case, it’s a popular fantasy sport.

Basketball is high-paced and has plenty of different variables that affect game outcomes and championship teams. Some don’t play fantasy basketball because of each season’s length, but many still stick by it.

Baseball has been around for longer than most popular North American sports, which is why it has a spot on this list. Many people still play fantasy baseball even while interest in the game itself has waned a bit.

While the 162-game schedule can be grueling, you never know what’s going to happen in a baseball game. This makes fantasy teams interesting, especially as you approach October baseball and things get more chaotic.

Shifting our focus from the U.S. to the UK for a bit, we look at the rise of fantasy football or soccer as Americans call it. Europeans love fantasy football, especially since Premier Leagues host their own fantasy leagues.

Given the huge popularity of football, there are plenty of players with which to make a great fantasy team. People around the world watch Premier League games, making fantasy football that much more enticing.

Fantasy hockey might hit better among hardcore hockey fans, but that doesn’t take away from just how fun it can be. It’s not much different from other fantasy leagues, meaning it’s relatively accessible.

You do have to know the ins and outs of the NHL to have the most fun. However, those who keep up with the league night after night should have no problem getting the most out of their fantasy hockey leagues.

Finding the Ideal Fantasy Sports to Bet On

Fantasy sports branches out to dozens of different sports that are popular around the world. Use this guide to help you find the best fantasy sport to start a league with on fantasy sports sites.

Looking for excellent sports picks for your next sports bet? Contact us today and we’ll get you the right amount of help immediately.