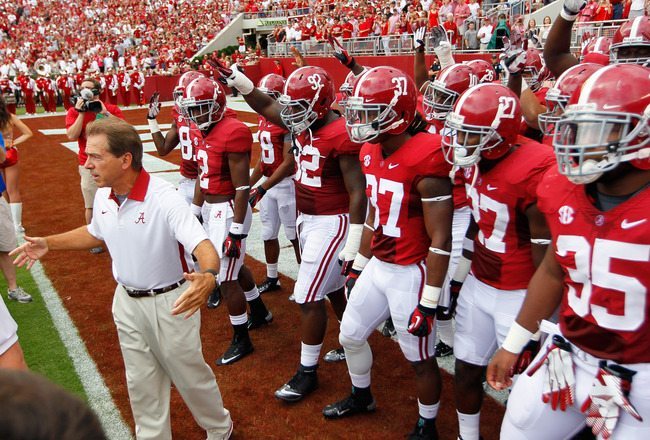 The coaching mismatch in this game is significant as Mississippi State head coach Dan Mullen is 8-24 SU and 13-19 ATS versus .750 or greater opposition, including 1-14 SU and 6-9 ATS from Game Seven out.  In contrast, Alabama head coach Nick Saban is 30-13 SU and 24-16 ATS versus undefeated opponents in his coaching career, including 21-3 SU and 15-8 ATS when his team owns a win percentage of .888 or greater.  Saban is also 21-4 SU and 15-9 ATS versus undefeated foes during his tenure in Tuscaloosa, including 16-2 SU and 13-4 ATS if the opponent scored less than 46 points in its previous game.

The road has been a difficult venue for undefeated college football teams at this juncture of the season as these squads are just 59-73-2 ATS from Game Ten out, including 23-34 ATS versus .666 or greater opposition.  Meanwhile, Alabama is a perfect 6-0 ATS at home against conference opponents over the last two seasons, while Nick Saban is a perfect 5-0 ATS versus the Bulldogs with coach Mullen on the sidelines (each win coming by double-digits).

In fact, the Tide have won six straight in this series by an average margin of 22 points per game.  With the series host standing at 4-0 ATS, take Alabama and invest with confidence.  We hope you enjoyed this betting preview!

If you enjoyed this betting preview, be sure to visit Oskeim Sports on a daily basis for free betting analysis and handicapping advice.  You will not find a better betting preview in the industry.