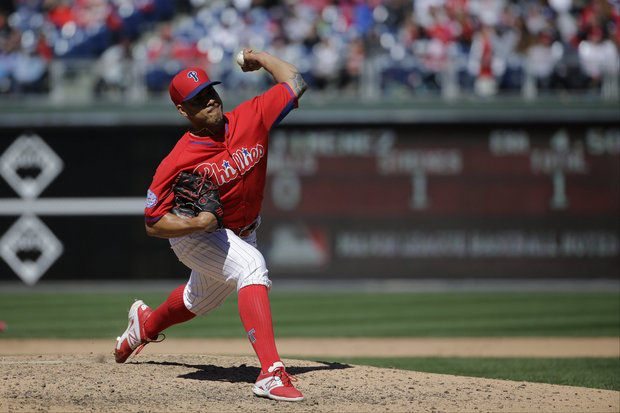 Boston right-hander Rick Porcello was 15-13 with a 3.43 ERA and 1.23 WHIP for Detroit last season, and the 6-5 hurler enjoyed a solid spring training wherein he garnered a 2.57 ERA and 1.29 WHIP over fourteen innings of work.

Porcello excelled on the road last year with a 2.66 ERA (vs. 4.42 ERA at home) and should have little difficulty shutting down one of the worst teams in baseball in Philadelphia. The Phillies’ roster is in complete disarray after trading both Chase Utley and Jimmy Rollins to the Dodgers, and their existing lineup essentially has automatic outs in hitting in the 8th and 9th spots.

Meanwhile, Philadelphia starter Aaron Harang is a prime regression candidate after posting a 3.57 ERA for the Braves last season. Harang’s 4.03 xFIP and 4.18 SIERA in 2014 demonstrate that his peripheral statistics were predicated upon positive variance, and it’s highly unlikely that the 37-year-old soft-tosser will have similar luck this season.

Indeed, Harang posted the lowest ERA in his 13-year career and has only one season with an adjusted FIP better than league average since 2010. Let’s also note that Harang will struggle to survive in the batter-friendly confines of Citizens Bank Park. Even more concerning is the fact that Harang is 2-2 with a career 5.08 ERA and 1.48 WHIP versus the Red Sox.

Porcello should have success in Philadelphia tonight based upon the fact that he is a groundball pitcher who boasts an impressive 52.1% groundball rate in his career. Conversely, Harang takes the mound with a career 38.2% groundball rate, which spells doom in Citizens Bank Park.

With Philadelphia standing at 5-17 versus American League East opponents, take the Red Sox behind an undervalued Porcello in this Major League Baseball clash and invest with confidence.

Oskeim Sports also likes the Miami Marlins tonight behind Tom Koehler.  Other value investments to consider would be the Chicago White Sox (+106) and Oakland Athletics (-151).