Winning UFC Betting Tips: How to Maximize Profits Inside the Octagon 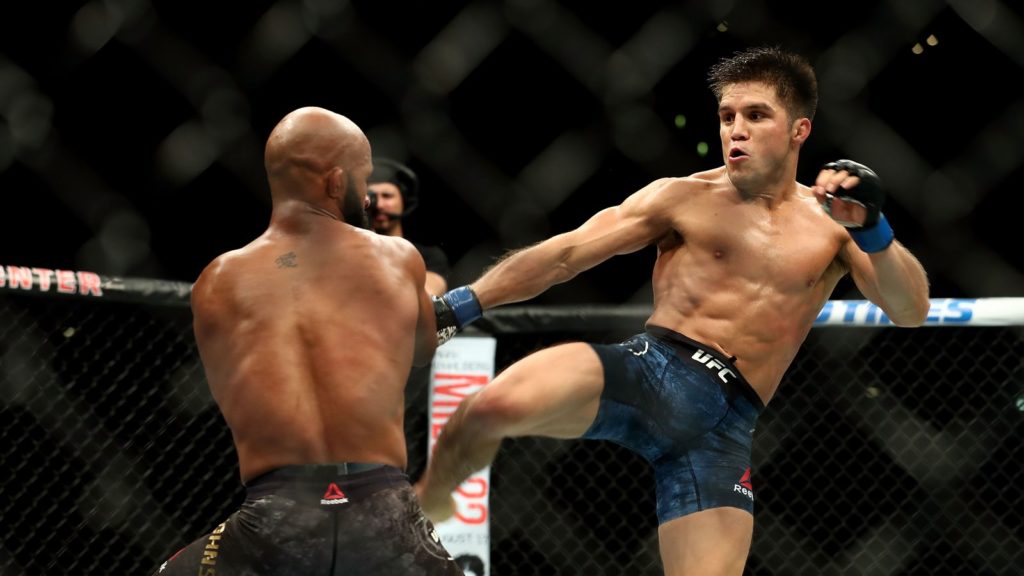 After all, this sport has just recently hit the mainstream. Today Oskeim Sports covers the basics of betting on the UFC, as well as explaining the ways that sports bettors can take advantage of this progressing sport.

One of the most popular ways to bet on the UFC is to place wagers on the OVER/UNDER. Mixed martial arts is a sport that doesn’t keep score, so the OVER/UNDER is based upon how many rounds the fight goes on for.

A bettor will have the option to choose whether the fight will go for one, two, or three rounds. Championship fights and main events will have an additional fourth and fifth round.

Betting on the OVER/UNDER of a fight is as simple as it sounds. If the sports bettor sees a mismatch in fighting styles and believes that a fight will be over very quickly, a wager on the “UNDER One Round” would be a logical bet. If the two fighters involved are evenly matched, a sensible bet would be on the “OVER Three Rounds”.

Each fight will have its own OVER/UNDER betting lines based upon the matchup. A few of the variables that have an impact on the OVER/UNDER odds are :

The most straightforward style of betting on the UFC is placing a wager on the money line. A bet on the money line is a bet on who the bettor thinks will win the fight. While it is the easiest to understand, money line betting is often a difficult strategy to succeed with in the long run. The underdogs in this sport make the UFC quite unpredictable, but we’ll get into that topic in a moment.

There are virtually endless prop bets offered by sportsbooks on UFC fights. These prop bets allow the bettor to take bigger risks in order to bring back bigger returns. Some of the most popular prop bets in regards to the UFC are :

Prop betting allows bettors to get more in-depth about their fight predictions. Sportsbooks offer odds on the exact way in which a fight will be finished. Sports bettors who do their homework may find this strategy profitable, as accurately choosing the winner and how he does it is quite difficult.

A successful wager on one of the bonuses could see a bettors money increase by four or five times the original investment.

Each fight card will have its own unique set of prop bets that are exclusive to that fight. For example, when Conor McGregor fought Khabib Nurmagomedov at UFC 229, bettors could place wagers on if McGregor would do his infamous strut, who would bleed first, and how many takedowns Khabib would get, just to name a few options.

Some sportsbooks will even offer prop betting on how many times UFC President Dana White will say “literally” in the post-fight press conference, or what color Burce Buffer’s tie will be during the fight.

Prop bets are a fun way to mix it up while betting, as well as a great way for a bettor to pick up an easy betting win if they have some exclusive knowledge on certain tendencies or actions of a fighter.

One of the most beneficial and rewarding aspects of betting on the UFC is the potential of a huge underdog cashing for the bettor. WIth 10-15 fights on any given fight card, there is often plenty of underdogs to choose from. When the sport you’re betting on is the fight game, choosing an underdog is not always a bad idea.

Take a look at the numbers from last year’s betting records in the UFC. In 2018, the underdogs vs. favorites record looked like this:

That puts the percentage of an underdog win at 34% for the UFC in 2018, an interesting statistic when considering the risk of betting on the underdog. There was at least one underdog winner on all of the 39 fight cards, with underdogs winning a majority of the fights on three separate occasions.

The chaotic, unpredictable nature of mixed martial arts often opens the door for big opportunities for sports bettors, as the odds are often set up in a lucrative manner by the sportsbooks. For example, big name fighters are often hyped up, inflating their odds of winning past a reasonable figure.

Here are some of the most notable instances of big favorites going down in recent history.

Prior to this fight, favorite Ronda Rousey had dominated every one of her opponents. Her 12-0 record and unstoppable submission game made her a huge favorite in the bookies’ eyes, as she had never shown any signs of weakness up to this point.

With seven consecutive successful Women’s UFC Bantamweight title defenses, Rousey was looking like the real deal heading into the fight. Up stepped underdog Holly Holm, who was 10-0 herself. Holm knocked out Rousey with a head kick in the second round, shocking the world, and paying underdog bettors everywhere.

One bettor reportedly cashed out with $240,000 in winnings after putting a $20,000 bet on the underdog Holms, citing the craziness of the fight game as the reason for placing the wager in the first place.

In 2007, up-and-coming UFC star George St. Pierre had just won the UFC Welterweight Championship belt. His first title defense would be against Matta Serra, a decent fighter who had a 9-4 record heading into the bout.

St. Pierre had risen to the top of the Welterweight division quickly and efficiently, and his well-rounded game led to him becoming a huge betting favorite leading up to the fight. Serra came out swinging and was able to catch St. Pierre with a right hand that stunned the favorite. Serra was able to finish the fight, pulling off the most famous UFC upset to date.

These are just two extreme examples of what can happen in the UFC. Any punch or kick has the potential to injure the other fighter, leaving any betting favorite open to an upset.

Keep this in mind the next time a UFC card is coming up, as there is bound to be a money-making underdog somewhere in each event.

We hope that you found this article on UFC betting to be both informative and helpful.  Be sure to visit Oskeim Sports’ blog on a regular basis for more UFC betting tips and advice.