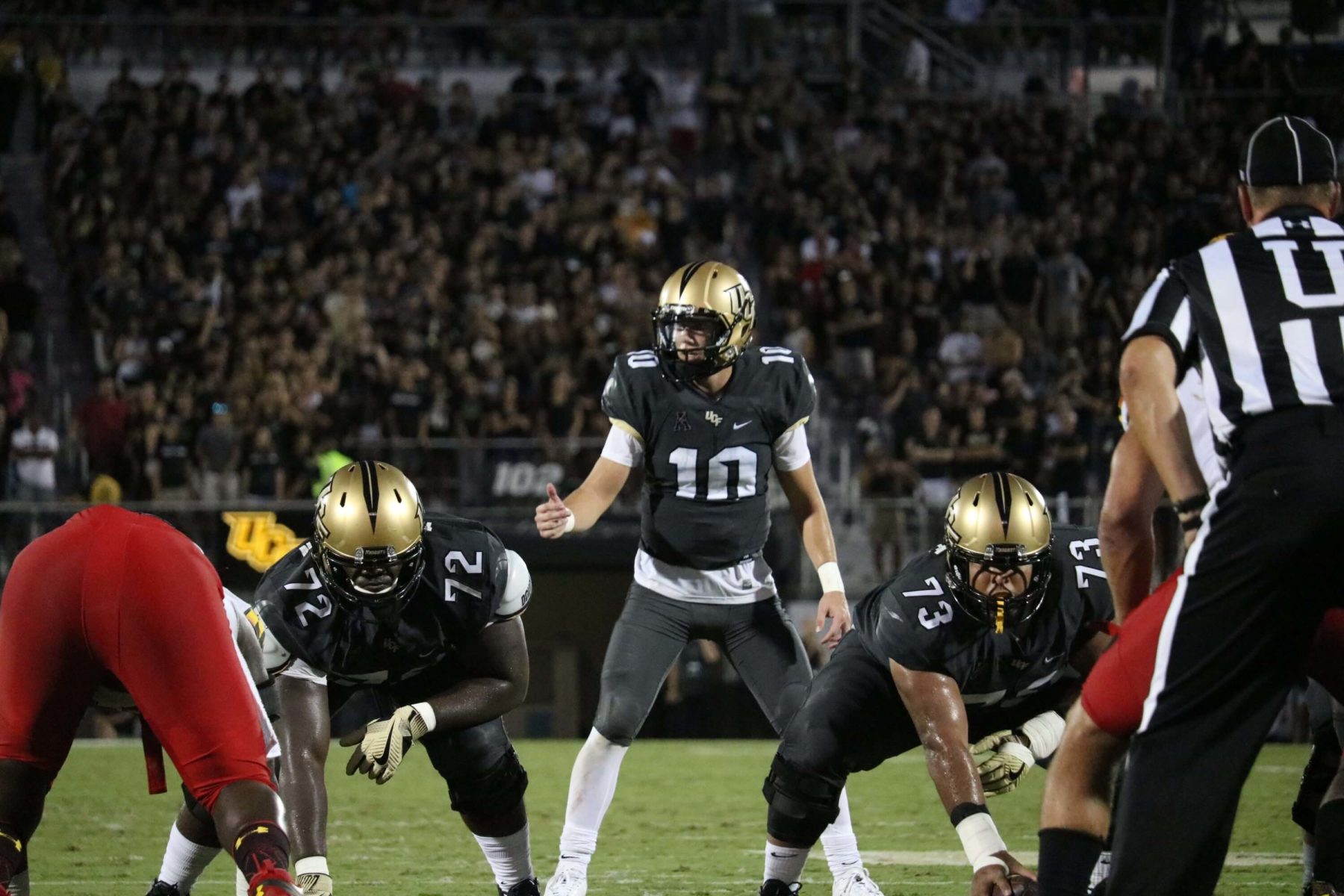 Florida International has been outgained by 113 yards per game this season and is 1-10 ATS at home following a non-conference defeat (lost at Massachusetts last week as a 1-point favorite).

The Panthers are also 0-6-1 ATS in their last seven games overall and now welcome an underrated UCF squad coming off an overtime loss at Maryland in which the Knights outgained the Terrapins by 120 total yards (6.3 yards per play to 5.0 yards per play).

The injury to UCF starting quarterback Justin Holman is actually a blessing for the Knights as true freshman McKenzie Milton looked poised in his first collegiate start last week.

My ratings actually upgrade the Knights’ attack with Holman sidelined and Milton under center, and the freshman gunslinger should have success exploiting a terrible Florida International secondary that is 1.9 yards per pass attempt worse than average.

UCF head coach Scott Frost should have started Milton from the outset after he impressed coaches and players alike during training camp.  “Coaches and players watched him absorb the playbook and spit out head-turning plays behind closed doors during preseason camp,” Shannon Green of the Orlando Sentinel recently wrote.

Starting a freshman quarterback on the road is always a risky proposition, but there should be a decent amount of black and gold in the stands on Saturday due to the large number of UCF alumni in the Miami-Dade area.

With Florida International standing at 1-5 ATS in its last six games as an underdog, lay the points with UCF as Oskeim Sports’ Free Pick for Saturday, September 24.