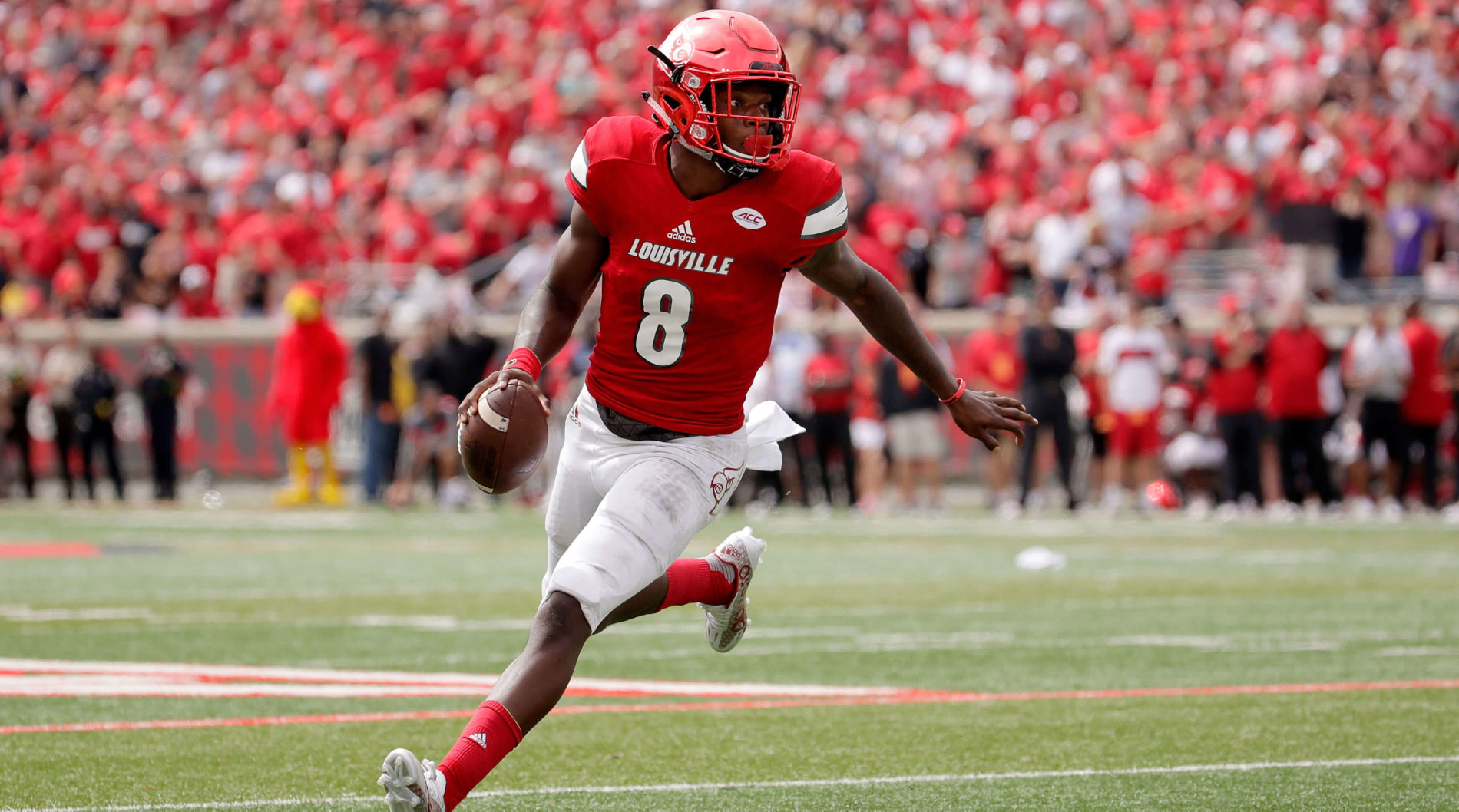 Entering the 2017 campaign with unwavering optimism, the Cardinals’ season has been quickly derailed by two losses (Clemson & North Carolina State) in the first six weeks of the regular season.

Louisville’s secondary has been particularly bad, allowing opposing quarterbacks to complete 62.9% of their pass attempts at 7.7 yards per pass play.  What makes those figures even more staggering is the fact that the Cardinals’ secondary has faced a group of quarterbacks who would only average 6.8 yards per pass play against a mediocre backfield.

However, the Eagles possess a solid defense that is allowing 5.4 yards per play to teams that would combine to average 5.7 yards per play.

The unit’s strength resides in the backfield where the Eagles’ secondary is allowing a mere 5.8 yards per play to a group of quarterbacks who would combine to average 7.1 yards per pass attempt against a mediocre secondary.

While the Cardinals will be able to move the chains against a bad Boston College front seven, the end-result is a game clock that keeps ticking in favor of the double-digit underdog.

My math model only favors Louisville by 14.9 points and the Eagles are a profitable 8-2 ATS as road underdogs over the last three seasons. Boston College head coach Steve Addazio is 9-2 ATS in road affairs versus .501 or greater opposition, whereas the Cardinals are a woeful 3-12-1 ATS in their last sixteen games overall.

Finally, the Cardinals are just 2-8 ATS as conference home favorites of 14+ points and 2-6 ATS following an upset road loss.

With Boston College standing at 7-1 ATS in its last eight road games versus teams with a winning home record, grab the generous number with the Eagles and invest with confidence.