Utah Will be a Force in the Pac-12 South; Will Upset Michigan 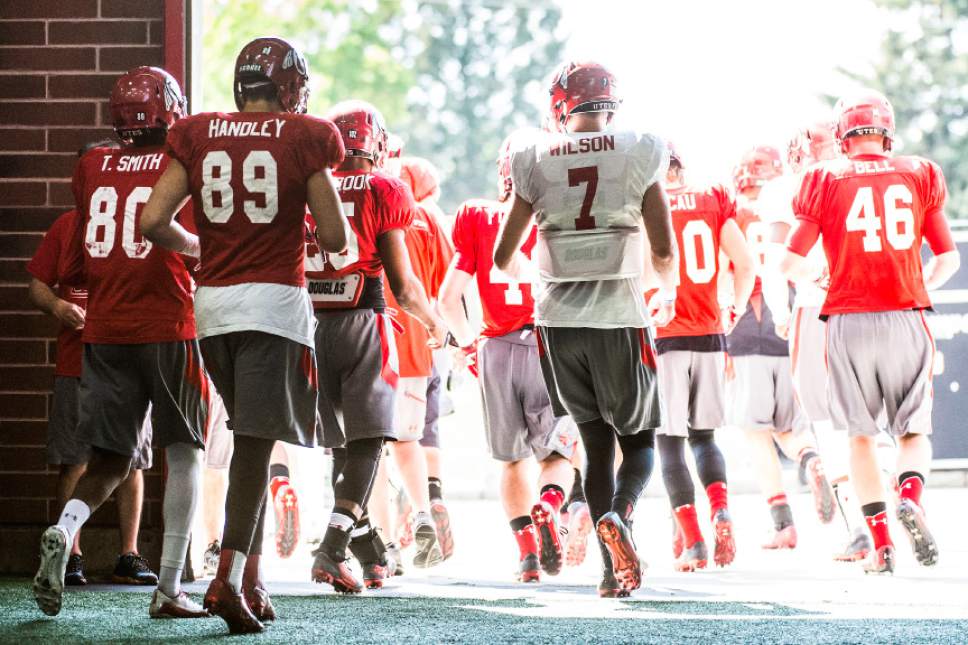 Utah fields its best team since joining the Pac-12 as fourteen starters from last year’s 9-4 squad return, including starting quarterback Travis Wilson.  Wilson suffered through an injury-riddled 2014 campaign but still threw for 2,170 yards (60.7%; 18-5).  The Utes have excellent depth at quarterback as backup Kendal Thompson saw a decent amount of action last year, throwing for 324 yards (61.5%; 2-2;) and running for 192 yards.

With a lot of depth and experience, I expect Utah’s group of quarterbacks to produce better numbers in 2015.  Of course, Utah’s strength on offense is in its backfield with Devontae Booker, who led the team with 1,512 yards at 5.2 yards per rush attempt. Booker also garnered 306 receiving yards last year.

With Booker turning down the NFL to complete his senior year in Salt Lake City, the Utes will boast one of the best running backs in the nation.  The biggest concern facing Utah offensively is its wide receiving corp., which loses three of its top four producers from last season.  Unless someone breaks out during the spring/summer, the Utes will enter the 2015 campaign with the worst wide receiving unit in the Pac-12.

Utah possesses an excellent defensive line despite losing sack leader Nate Orchard to the NFL.  Orchard won both the Morris Trophy and Ted Hendricks Award before being drafted by the Cleveland Browns in the 2015 Draft.  However, the Utes bring back dynamic defensive end Hunter Dimick, who compiled ten sacks last season (missed one game).

With eight players returning with starting experience, I’m calling for Utah’s defensive line to the best in the Pac-12 this year.  Defensive coordinator John Pease also has a very good linebacking corp. at his disposal as most of last year’s top performers return in 2015, including senior Jared Norris.  If they can stay healthy, Utah fields one of the best group of linebackers in the conference.

One of the reasons for why I am always bullish on Utah is head coach Kyle Whittingham, who never seems to get enough credit for what he has accomplished over the last ten seasons.  After going 14-22 in Pac-12 play since joining in 2011, Whittingham led the Utes to a winning conference record last year and destroyed Colorado in its bowl game (9-4 overall).

Whittingham also fields excellent special teams, and this year’s Utah squad boasts the best kicking tandem in the country with punter Tom Hackett, who won the Ray Guy Award (46.7; 42.7 net; 36 inside 20) and placekicker Andy Phillips, who connected on 23-of-28 field goal attempts (39 touchbacks on 75 kickoffs).  The loss of star return man Kaelin Clay hurts, but the Utes still have one of the best (if not the best) special team’s unit in college football.

Utah is 20-4 in home openers and I am calling for thew Utes to upset Jim Harbaugh and Michigan on September 3!