The Future of NFL Betting 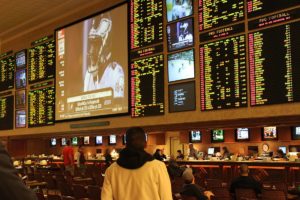 Math teacher Charles McNeil was credited with inventing the point spread back in the 1940s. Point spread betting has been the preferred method of betting on NFL games for most of the league’s history. Betting, of course, was only legal in Las Vegas, but point spreads were commonly printed in newspapers around the country as far back as the 1950s.

These days, sports betting is legal in over 30 U.S. states and still, the preferred way to bet on NFL games is the point spread. That is slowly changing though. Most sportsbooks reported that traditional bets – moneyline, point spread, and totals – account for about 80 percent of all NFL bets placed. The other 20 percent are in the props category. That is about to change.

NFL props bets come in a few different forms. There are team props as well as player props. These bets are on specific outcomes not really related to the outcome of a game. The first prop bets were typically reserved for Super Bowls.

Remember, it was William “the Refrigerator” Perry and his odds to score a touchdown in Super Bowl XX in 1986 that was the first player prop bet to grab national attention. Now, NFL player props are expected for every game on the schedule.

At one fairly large sportsbook last season, it was a player prop that accounted for the most Super Bowl LVI bets. The Anytime Touchdown prop has been extremely popular among bettors. Before last year’s big game, more people bet on the Rams’ Cooper Kupp to score a touchdown in the game than on the game’s point spread. Bettors were, of course, very happy when Kupp caught his first of two touchdown passes in the game.

One of the big reasons why NFL betting preferences will shift more toward player props is rooted in fantasy football. Playing fantasy football has been huge for the past few decades. With the advent of the internet, fantasy football really took off. In 2021, it was a $22 billion industry.

The King of Props

Sportsbooks are still in the learning process when it comes to setting lines and odds for NFL props bets. They lower their limits on bets and they charge more juice on a prop bet to protect themselves. Bettors may only find a max bet of $1000 at some sportsbooks on prop bets. They will also find -120 as the standard juice on many props.

Even with the added juice, the betting public loves star players. Bets on Aaron Rodgers or Patrick Mahomes passing yards or touchdowns always draw interest. However, it’s the Anytime Touchdown prop that has become the most popular.

Sportsbooks will routinely set odds for 20 players plus a team’s defense to score a touchdown in a given game. They will go deep down a roster for a third-string tight end or wide receiver. Bettors might find a guy like that at +10000. Even wagers on key players can be found at plus-money. That’s why this prop will continue to be a popular choice.

As a whole, NFL player props will eventually account for at least half of all NFL bets. At some point, it’s likely that props will surpass point spread bets for the most common NFL wagers.