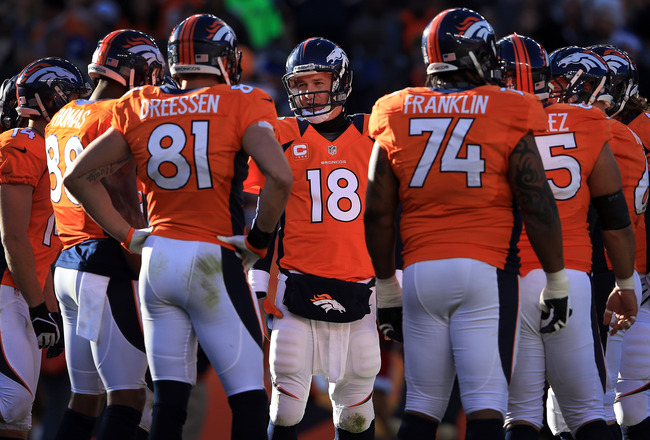 The Denver Broncos look unstoppable at the moment as quarterback Peyton Manning leads the NFL in completions (117), completion percentage (75.0%), yards (1.470), touchdowns (16) and passer rating (138.0). Let’s take a closer look at the Broncos to determine whether they are a legitimate Super Bowl contender.

The improvement has to begin on the defensive side of the ball as the Broncos are being exploited through the air by opposing quarterbacks who are averaging 390 passing yards per game at 7.3 yards per pass attempt. Denver travels to Dallas to face the Cowboys on Sunday afternoon, and the technical situations seem to favor Peyton Manning & Co. The Broncos are 10-1 ATS as favorites of 3.5 to 9.5 points, 11-3 ATS following two or more consecutive wins and 9-2 ATS after the first month of the regular season, whereas Dallas is a money-burning 1-8 ATS after failing to cover the point spread.

Lay the points with Denver on Sunday? Yes. Will the Broncos find themselves in the Super Bowl in February? Possibly, but stay tuned for further data before I reach that conclusion.