During my college football preparation over the summer, I wrote a Blog article imploring sports investors to focus their bankrolls on Central Florida as I knew the Knights were one of the most experienced teams in the nation with sixteen returning starters.  I also knew that the Knights possessed an outstanding ground attack behind an experienced offensive line that returned 89 career starts.  Through the first three weeks of the 2012-2013 campaign, Central Florida has not disappointed as the Knights are 2-1 SU and ATS, with the lone loss coming to Ohio State on the road.

From a technical standpoint, Central Florida is 20-11-1 ATS at Bright House and has not been installed as a home underdog since 2009 (vs. Houston).  More importantly, the Knights have knocked off a BCS school in each of the last two years, and I expect more of the same this season from head coach George O’Leary’s squad. 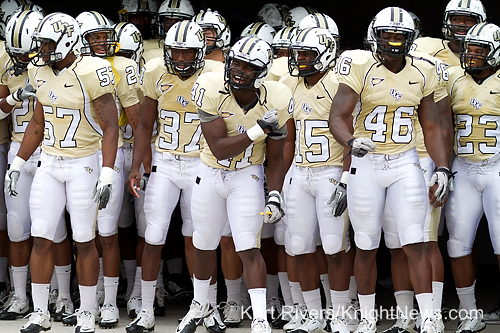