After watching last night’s game between the Atlanta Falcons and New England Patriots, it became painfully obvious that the Falcons remains one of the most overrated and overvalued teams in the NFL.  The metrics from the line of scrimmage clearly establish how pedestrian the Falcons are, especially on defense:

What always makes me nervous fading the Falcons is the fact that they have consistently out-performed their metrics for the past two years.  Last year’s campaign was defined by extreme positive variance for Mike Smith’s squad as the Falcons were the beneficiaries of a very high turnover ratio so regression is not surprising in 2013.  I will be looking for every opportunity to fade Atlanta this season, although I do not recommend betting against Matt Ryan and/or coach Smith at home following a loss. 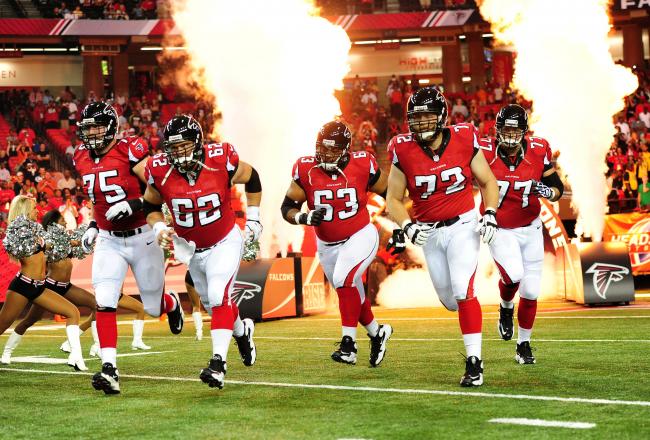