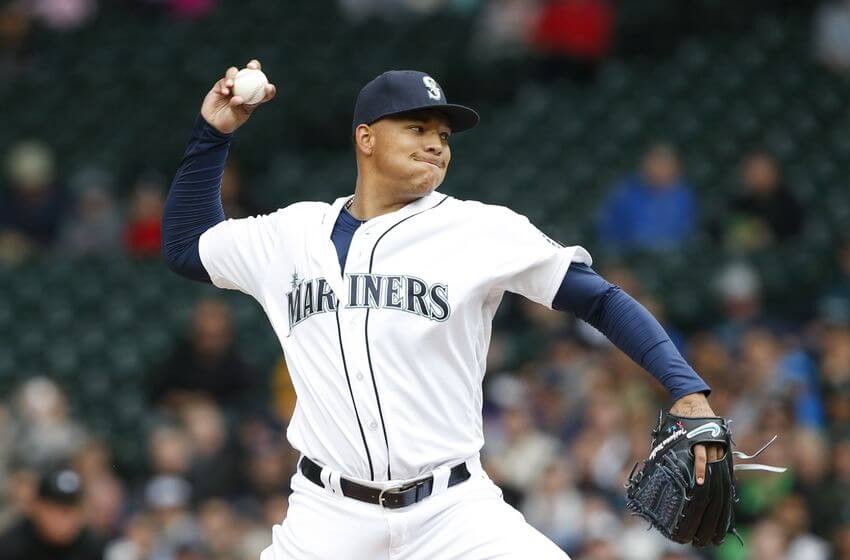 Walker’s growth was on full display last year where he posted 23 walks and 39 strikeouts in his first nine starts before garnering 23 walks and 118 strikeouts in his remaining 20 outings. The dramatic improvement in control and command were significant indicators of growth, and Walker has carried that growth into the 2016 campaign.

Equally important is the fact that Walker is giving up far less solid contact while simultaneously increasing his ground ball rate. Specifically, the talented hurler had a 29% hard-hit rate last season, and that number is down to 23% in 2016. Walker’s ground ball rate has improved from 39% in 2015 to 55% this season due to a more effective changeup.

When Walker’s change was hit into play last year, the ball was hit at an average angle of five degrees above horizontal. Through his first five starts of 2016, the average is nine degrees below horizontal. As a result, opponents are hitting the changeup into the ground, which is significant in that changeups hit into the ground don’t often go for extra-base hits. Or any kinds of hits, for that matter.

From a technical standpoint, the Mariners are 17-5 in Walkers’ last 22 starts, including 8-0 in his last eight starts versus American League Central foes, 6-2 in his last eight home starts and 13-4 in his last seventeen outings following a quality start.

In contrast, the Royals are a money-burning 0-7 in its last seven road games and 0-5 in their last five games overall. Kansas City starter Ian Kennedy’s 2.77 ERA and 1.11 WHIP are not supported by his 4.17 FIP, 4.44 xFIP and 4.06 SIERA. Kennedy is also 0-2 with a career 5.58 ERA and 1.65 WHIP versus the Mariners. Take Seattle behind the surging Taijuan Walker and invest with confidence.