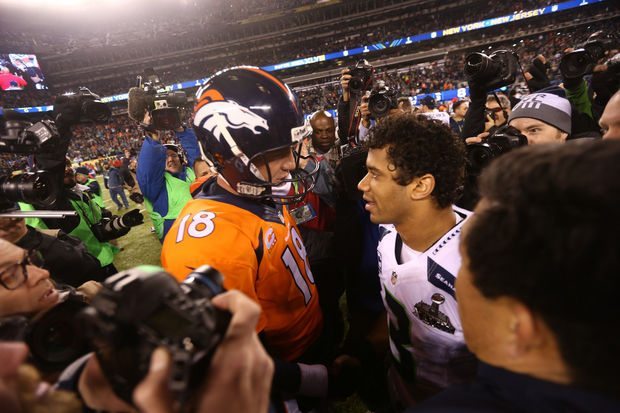 This is a much-anticipated rematch of last year’s Super Bowl where Seattle destroyed the Broncos 43-8. Despite hearing about the revenge factor all week from the talking heads on television and radio, I expect another convincing Seattle win this afternoon. For starters, Seattle is an incredible 18-1 SU and 14-5 ATS at home with Russell Wilson behind center, 11-4 ATS following a loss and 7-1 ATS as a favorite versus AFC opposition so the Seahawks will be well-prepared for today’s rematch. Let’s also note that Seattle has limited opponents to a mere 255.5 yards per game at home in all regular season contests since 2012 so the Broncos will be hard-pressed to move the chains on Sunday.

In its lone home game against Green Bay, the Seahawks limited Aaron Rodgers & Co. to a mere sixteen points on 5.3 yards per pass play and 4.7 yards per play. My math model favors Seattle by seven points and the Seahawks apply to a very good 29-4-1 ATS home bounce-back situation of mine that is predicated upon their upset loss to San Diego last week. Let’s also note that Peyton Manning is 5-24 SU and 11-18 ATS in his NFL career as an underdog of four or more points, including 0-16 SU and 2-14 ATS versus a .665 or worse opponent. Here’s another mind-boggling technical angle: the last fourteen NFL teams seeking single-revenge against the Seahawks are a woeful 1-13 SU and 2-12 ATS.

I have little doubt that Seattle will improve to 19-1 at home under the leadership of Russell Wilson, which is significant in that the Broncos are 3-30 ATS in their last 33 losses as an underdog, including dropping the last eight in this role. Take Seattle and invest with confidence.