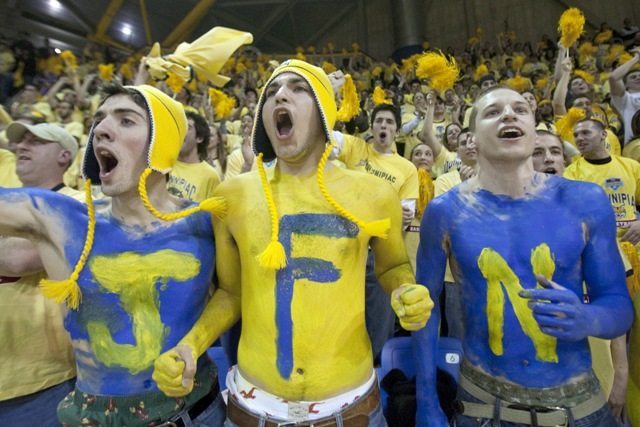 The Bobcats’ frontcourt is anchored by senior forward Ousmane Drame, who led the Metro Atlantic Athletic Conference in rebounding and finished eighth nationally. Drame also compiled 15 double-doubles last year, and he has been outstanding at the outset of the 2014-2015 campaign, averaging 15.2 points and 10.8 rebounds per game. Senior forward Justin Harris has also been a pleasant surprise this season, averaging 8.1 points and 7.5 rebounds in 27:07 minutes per game.

The Bobcats have led college basketball in offensive rebounding for the last four seasons, led the nation in total rebounding for the last two seasons, and finished either first or second in rebounding margin in each of the past three seasons. One of the most appealing aspects of this investment is Quinnipiac’s significant advantage on the boards over Oregon State. Specifically, the Bobcats are averaging 46 rebounds per game (15 offensive), whereas Oregon State is pulling down just 37 rebounds per game (12 offensive).

Quinnipiac also boasts a very strong backcourt led by senior guard Zaid Hearst, who is averaging 18.3 points per game this season. He led the team in three-point shooting percentage and finished second in scoring last year. Hearst is well-known as being a gym rat – the first to show up at practice and the last to leave – which has convinced coach Moore to name Hearst the team captain in 2014 for the first time in seven years.

Quinnipiac investors will also be happy to learn that the Bobcats lead the MAAC and rank sixth in the nation in free-throw shooting percentage (.774). Over the last six seasons, Quinnipiac is 61-15 (.803) when making more free-throws than its opponent, including going 18-4 mark last year. Conversely, Oregon State is shooting 68.8% from the charity stripe this season.

Meanwhile, I will be the first to admit that I’ve been extremely impressed with job first-year head coach Wayne Tinkle has done in Corvallis. Oregon State lost its top three scorers from last season, and three other key contributors left before Tinkle arrived. Tinkle was left with nine scholarship players, a handful of walk-ons and one returning starter who only averaged 18.0 minutes per game. While I’m impressed with the Beavers’ 8-2 record, regression to the mean is on the horizon as Tinkle’s squad does not possess the talent or depth to maintain this pace.

With a lack of depth, fatigue will likely be an issue for the Beavers as they are playing their fourth game in eight days and are not accustomed to cross-country trips. Injuries are also a concern for Oregon State as forward Jarmal Reid is questionable with a knee injury, while walk-on guard Alex Roth remains out.