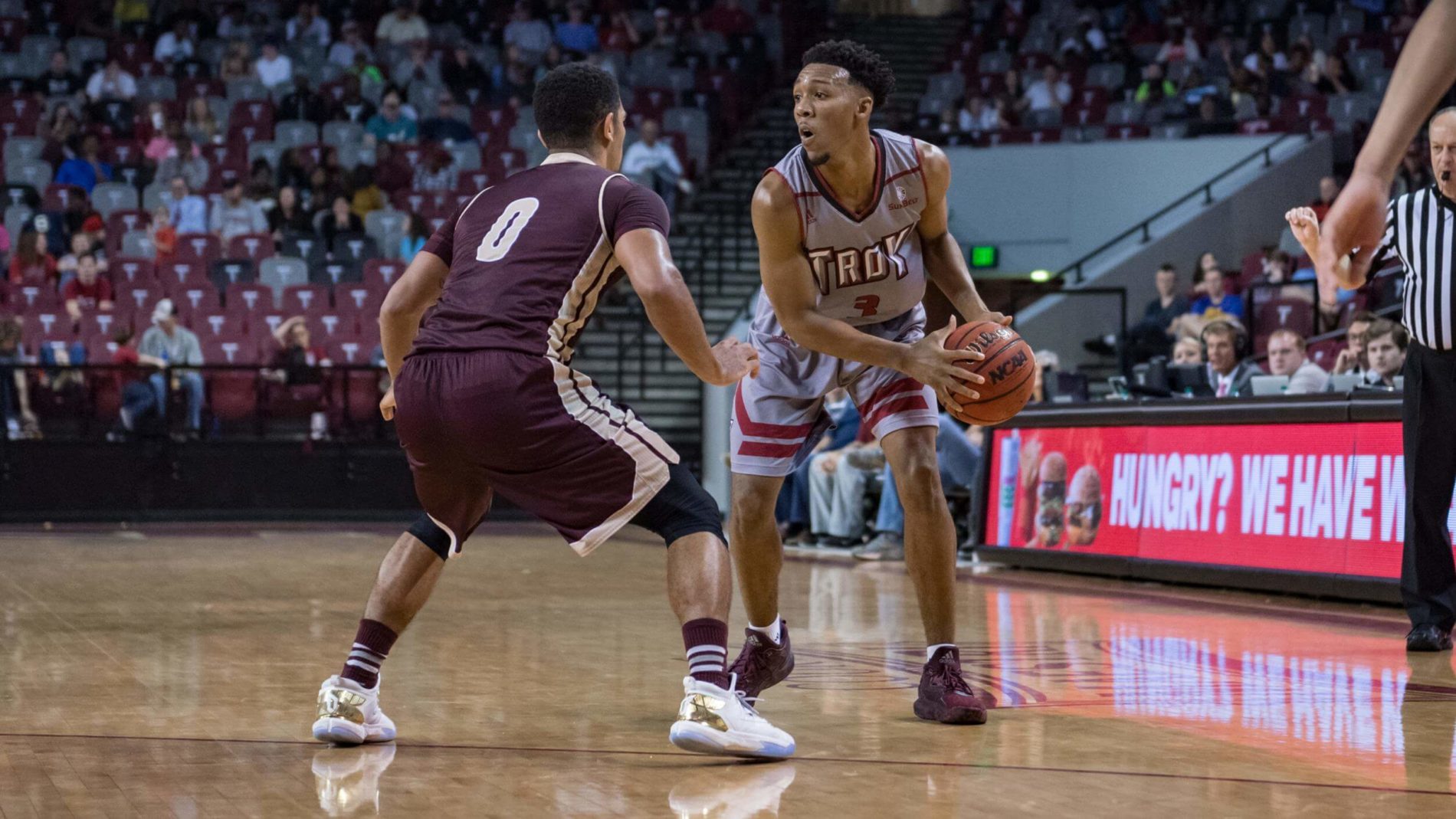 The Sun Belt Conference Tournament Championship game features two of the hottest teams in the nation.  Texas State has won five of its last 6 games overall, including yesterday’s stunning upset over Texas-Arlington as 6.5-point underdogs.

Not to be outdone, Troy enters the Championship game having won five straight and nine of its last eleven games overall.  With an automatic bid at stake, I’ll gladly lay the small number with the Trojans, who are a perfect 4-0 ATS in their last four neutral site affairs.

The difference in this game will ultimately be Troy’s superior attack that is 4.7 points per game better than average this season (79.0 points per game against teams that would combine to allow 74.3 points per game).  The Trojans’ offense is shooting 47.2% from the field and 38.2% from beyond the arc in Sun Belt Conference play this season.

More importantly, the Trojans’ attack takes the floor in excellent form, averaging 77.2 points on 48.4% shooting from the field and 38.7% from three-point territory over the last five games.  I also like the fact that Troy is reliable from the charity stripe, making 72.0% of its free throws in 2016-17, including 72.6% on the road and 73.4% in conference action.

Meanwhile, Texas State enters the Championship game with a pedestrian offense that is averaging just 68.0 points per game against teams that would combine to allow 73.8 points per game to a mediocre offense.  The Bobcats managed to score just 66.3 points per game on the road this season.

However, the fact that Texas State is averaging an impressive 78.0 points on 53.1% shooting from the floor and 43.4% from three-point territory in its last five games cannot be overlooked.  I would caution over-anxious Texas State backers with the fact that the Bobcats’ recent offensive explosion involves a small sample size inherently skewed by variance.

Let’s also note that Texas State struggles from the foul line, making just 65.3% of its free throws, including 64.6% away from home.

Troy’s defense, which was 0.7 points per game worse than average during the regular season, has excelled in tournament play.  Specifically, the Trojans’ are limiting opponents to a mere 64.6 points on 38.7% shooting from the field and 27.3% from beyond the arc over the last five games.

With Troy standing at 5-1 ATS in its last six games as a favorite and 13-4 ATS in its last seventeen games versus .501 or greater opposition, including 8-2 ATS against .601 or greater foes, lay the number with the Trojans as Oskeim Sports’ Free Sun Belt Conference Tournament Pick for Sunday!