Top 10 Most Famous Sports Bettors in the World 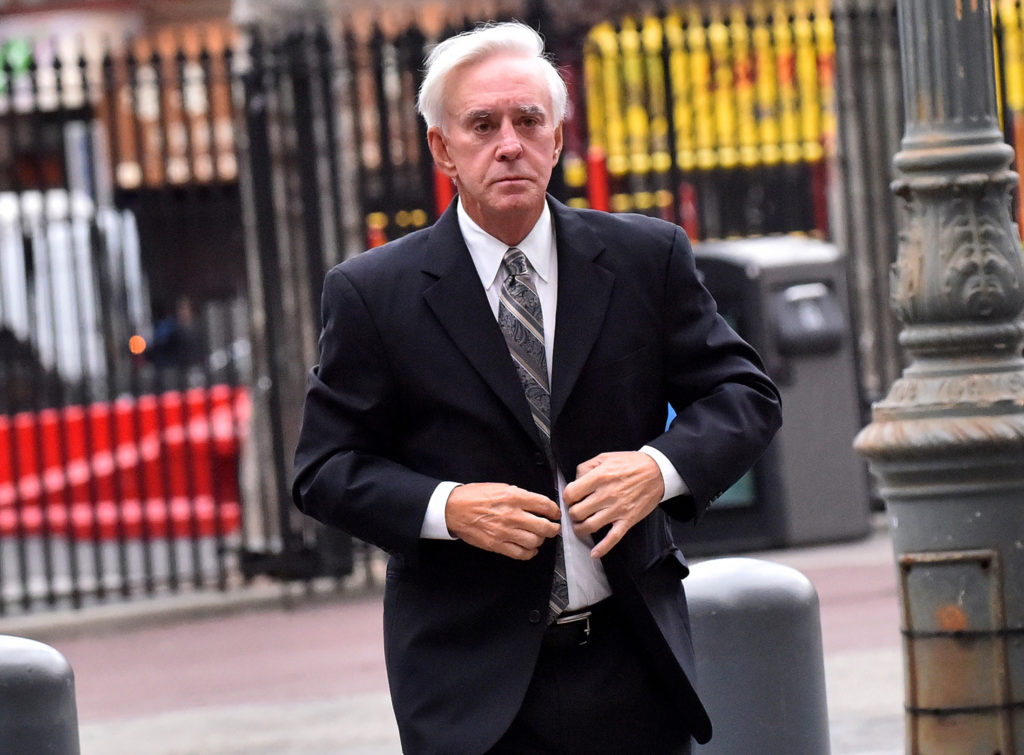 Almost anyone can find something that they like about sports betting. Whether it’s the excitement of it all or the strategizing that goes into chasing the profit, nearly everyone has their own way and reasoning behind betting on sports.

With the wide range of sports bettors out there, we decided to break things down, giving you the top 10 most famous sports bettors of all time. Some of these sports bettors were far from successful at gambling, while others crushed the bookies.

Kicking off our list is the Czechoslovakian hockey legend, Jaromir Jagr. Jagr was drafted fifth overall in the 1990 draft by the Pittsburgh Penguins and would go on to have a fulfilling career with 11 different teams.

Off the ice, it has been reported that Jagr had a habit of placing his fair share of sports bets. In the early 2000s, Jagr’s debt to sportsbooks was just under $1 million. Since 2003, multiple sources have claimed that Jagr has since repaid his debts. Nonetheless, this hockey phenom has to go down as one of the top 10 most famous sports bettors ever.

Pete Rose finds his way on our list of the top 10 most famous sports gamblers. Sadly, the baseball legend of Pete Rose was tarnished by his non-stop gambling. Rose is the all-time leader in Hits in the MLB but has been banned from joining the Hall of Fame due to his history of sports betting.

Rose was known to bet on his own team, the Cincinnati Reds, even while he was the manager of the team. It was estimated that Rose was betting $10,000-$20,000 each day on baseball, making him number nine on our list of the most famous sports bettors.

Poker player, entrepreneur, sports bettor. Those are the income streams of assumed billionaire Tony Bloom. Bloom is one of the most low-key sports bettors out there. Not much is known about his betting tactics, but he is known to risk large amounts of money on certain sporting events.

His ownership of Premier League soccer side Brighton Hove and Albion confirms his love for sports, making many wonder just how much this billionaire has made in his time betting on sports.

The famous rapper whose legal name is Curtis Jackson has made plenty of winning bets in his day. The 43-year-old from New York is an avid sports fan, and is known to place a healthy bet on a sporting event here and there.

50 once took to social media to brag about a $500,000 victory when the New York Giants beat the San Francisco 49ers in 2012, but his biggest sports betting win came in 2015, when 50 Cent claimed to have placed a cool $1.6 million bet on Floyd Mayweather to defeat Manny Pacquiao.

Mayweather would go on to win the fight, putting more sports betting winnings in the pockets of 50 Cent.

A surprise at our number six spot, famous actor Ashton Kutcher makes an appearance on our list. Kutcher spoke about his experience betting on sports in a recent interview. He would go into detail about how he was involved in placing bets for a big, successful sports betting syndicate.

Kutcher explained how he would be the one placing the bets, as bookies would assume that he was a “sucker” with a lot of money placing risky wagers. Soon the sportsbooks caught on, but not before Kutcher and his crew cleaned the house for about “$750,000 in four weeks of betting on college football.”

His short but impressive stint in the sports betting game pushes his name to sixth place on our list of the most famous sports bettors.

Up next on our list is the infamous Jeopardy stud James Holzhauer. Holzhauer won 32 games of Jeopardy and claimed $2,462,216 of winnings in the process. What many people did not know is that he was a sports betting prior to his Jeopardy run.

With his newfound publicity, his tactics have become more public. Holzhauer uses complex math throughout his sports betting processing, and he tends to favor live betting and future bets more than others. Holzhauer’s favorite sport to bet on is football.

With his wits and betting strategies, don’t be surprised if we hear from Holzhauer again in the near future.

Floyd “Money” Mayweather an undefeated professional boxer who loves to talk about money. Another thing he loves to do is bet his money. On sports. Mayweather has placed plenty of big, notable bets in the recent past.

Unlike some names on this list, Mayweather hardly needs a big occasion to bet on. The boxer is known to have posted winning betting slips to social media, with one revealing a $45,000 wager on Colorado St to beat the -3.5 spread against Hawaii in a 2017 college football game.

This is nothing compared to his $1.7 million bet that won him $1.1 million in profits off of the Oregon v. Arizona St. college football game in 2012. And these are just the bets that went public. Considering there are likely plenty more bets of this size in Mayweather’s past, the undefeated boxing champ comes in at number four on our list.

Bob Voulgaris was an innovator of the sports betting world and was far ahead of his time. Voulgaris began betting on sports in the early 1990s. At that time, Voulgaris was in his young 20’s, but he was beginning to develop into the best sports gambler of his time.

By the time he was 25, Voulgaris was betting $1,000,000 a day. His secret was his ability to read the tendencies of coaches Eddie Jordan, Jerry Sloan, and Byron Scott. It is estimated that Voulgaris may be the single most successful sports bettor ever.

His knowledge of basketball ended up earning him a living beyond sports betting, as Voulgaris now has a job in the front office of the Dallas Mavericks.

Second place on our list of the most famous sports bettors has to go to Michael Jordan. The greatest basketball player of all time was not as gifted in the sports betting department. In fact, it’s widely believed that Jordan lost millions during his time gambling.

While it was unknown whether he bet on basketball, the one sport he did bet on was golf. Jordan once lost over $1,000,000 in a round of golf against a wealthy businessman. His big transactions earned him the number two spot on our list.

If you are a sports bettor, then let me introduce you to the Don. Billy Walters is widely considered to be the greatest sports bettor to live. His tactics led to 30+ consecutive winning years for Walters, a streak that is unheard of. Walters would team up with an organization called the Computer Group, which propelled his betting career forward in the 1980s.

His success has stretched for decades and is estimated to have brought in $50-$60 million dollars a month in its heyday. After reviewing Walters sports betting resume, there is no way that this guy doesn’t deserve the top spot on our list of top 10 most famous sports bettors.