Bowl Eligibility Within Reach for the SMU Mustangs 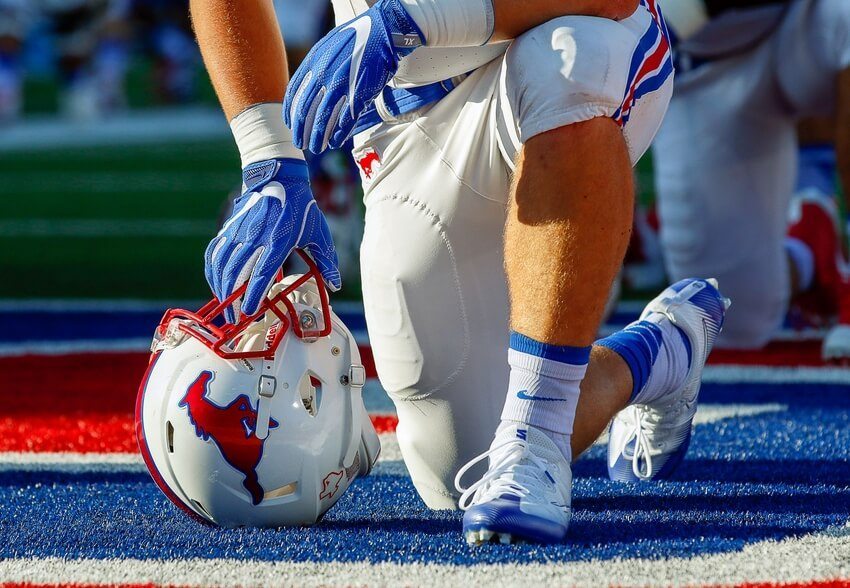 SMU is one win away from becoming bowl eligible for the first time since 2012, and the Mustangs showed a lot of heart in last week’s 55-31 blowout win over East Carolina as 6.5-point road underdogs.  What made that win even more impressive is the fact that it came only six days after the Mustangs suffered an embarrassing 51-7 loss at Memphis.

Let’s also note that SMU took down Houston 38-16 last month as a 23-point road underdog so the Mustangs are more than capable of defeating the Bulls Saturday night.

I’m never fond of laying points on the road with a team that is incapable of getting stops on defense, and that’s what we have with South Florida in this game.  The Bulls are 0.3 yards per play worse than average defensively this season (5.8 yards per play to teams that would combine to average just 5.5 yards per play), but the real weakness is their front seven.

Specifically, the Bulls are giving up 224 rushing yards per game at 4.9 yards per rush attempt to teams that would combine to average just 4.2 yards per rush play against a mediocre defense.

The Bulls have allowed season-high yards in each of their last three games, and that trend is likely to continue against a decent SMU attack that is averaging 27.4 points and 412 total yards per game this season.

SMU’s coaching staff, beginning with head coach Chad Morris, deserves a lot of credit for the team’s improvement on defense where the Mustangs are 13 points and 90 yards per game better than last year’s unit.  SMU also possesses an above-average secondary that rates 0.3 yards per pass attempt better than average this season.

Despite this improvement, SMU remains undervalued by the betting market as the Mustangs are 4-1 ATS in their last five conference games and 7-1 ATS as home underdogs off a win versus an opponent off back-to-back wins, including a perfect 7-0 ATS when getting five or more points.

My math model only favors South Florida by 10.5 points and the Bulls are traveling for the second straight week with little hope of catching Temple for a spot in the AAC title game.  Grab the generous points and invest with confidence.