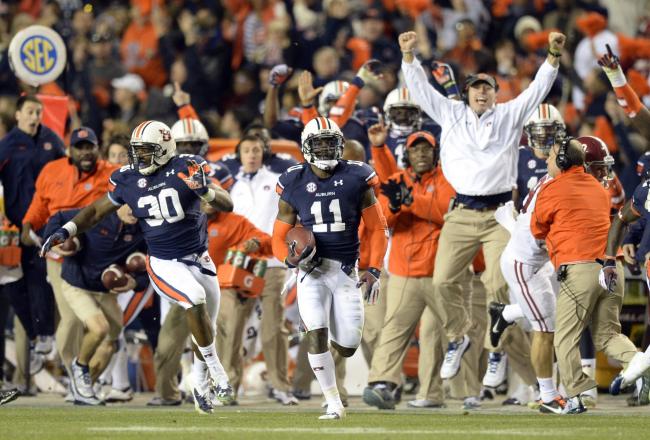 When the oddsmakers initially released the line in Saturday’s SEC Championship game between Missouri and Auburn, my instinct was to think that the wrong team was favored.  After conducting the requisite research and analysis, together with consulting with most talented sports analytic experts in the industry, I am convinced that the wrong team is favored in this game.

Despite having a significant advantage on the offensive side of the ball, Missouri has been disrespected by the oddsmakers.  With that said, Auburn’s offense does have an advantage over the Tigers’ stop unit (0.5 yards per play advantage from the line of scrimmage, which is the same advantage Missouri has on offense).  The issue facing Auburn is the fact that it is allowing 29.0 points per game on the road this season, including 440 total yards at 8.2 yards per pass play and 6.1 yards per play.  Those numbers are significant in that Missouri is 9-1 ATS when scoring 28 or more points and 42-18 ATS when garnering 6.5 yards per play or more.

Let’s also note that Missouri is one of the most underrated teams in the nation this season:

Finally, John Avello, head oddsmaker at the Wynn Las Vegas, has question whether Auburn should be the favorite in this game.  “I’m not so sure that Auburn’s supposed to be the favorite this week,” Avello said.  “I made it one, and they laid it up to one-and-a-half.  I’m basing my number on what the public saw this week.  If Auburn didn’t play Alabama this week, then Missouri would have been the favorite.”