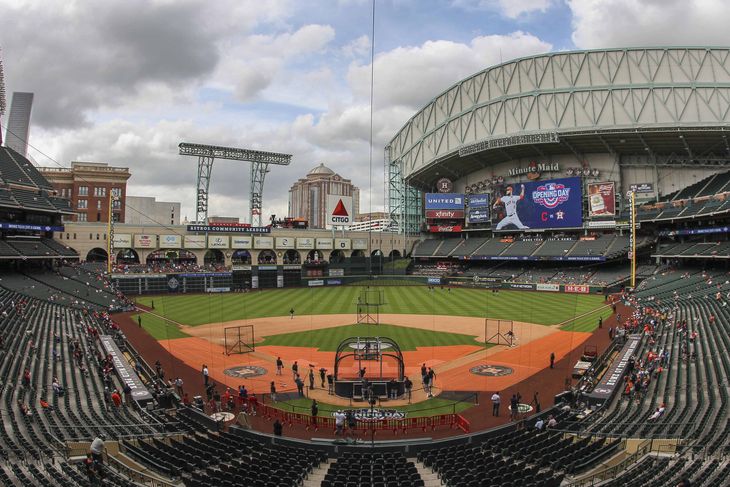 The Astros are one of the biggest surprises of 2015, posting a 23-13 record through the first 36 games. And, I expect that success to continue Saturday afternoon behind right-hander Scott Feldman, whose peripheral statistics are much worse than his underlying metrics.  Feldman is 2-4 with a 5.22 ERA and 1.35 WHIP this season, including going 1-3 with a 5.85 ERA and 1.51 WHIP at home and 0-3 with a 6.65 ERA and 1.66 WHIP at night.

Feldman has also pitched well in the month of May as evidenced by his 3.65 FIP and 3.33 xFIP.  The 32-year-old veteran has also allowed just four runs in his last 16.3 innings pitched against the Blue Jays, including a complete game performance last season (9 IP; 8 H; 1 ER).

Estrada’s gopheritis is bad news against a Houston squad that is is second in the Majors with 51 home runs.  Overall, Estrada is 0-2 with a 6.51 ERA and 1.55 WHIP in two starts this season.  In his lone start at Minute Maid Park, Estrada yielded 4 earned runs on seven hits in just four innings of work. Toronto’s bullpen also continues to struggle with a 4.66 ERA on the road and a 4.35 ERA at night.

From a technical standpoint, Toronto is a money-burning 17-36 as a road underdog, 7-21 on the road versus teams with a winning home record and 3-9 in its last twelve games versus American League West opposition.  In contrast, the Astros are a profitable 12-4 versus right-handed starters, 12-5 as favorites and 19-7 in their last 26 games overall.

With Houston standing at 7-2 in the last nine meetings at home in this series, including cashing five straight at Minute Maid Park, take the Astros as my free Best Bet and invest with confidence.