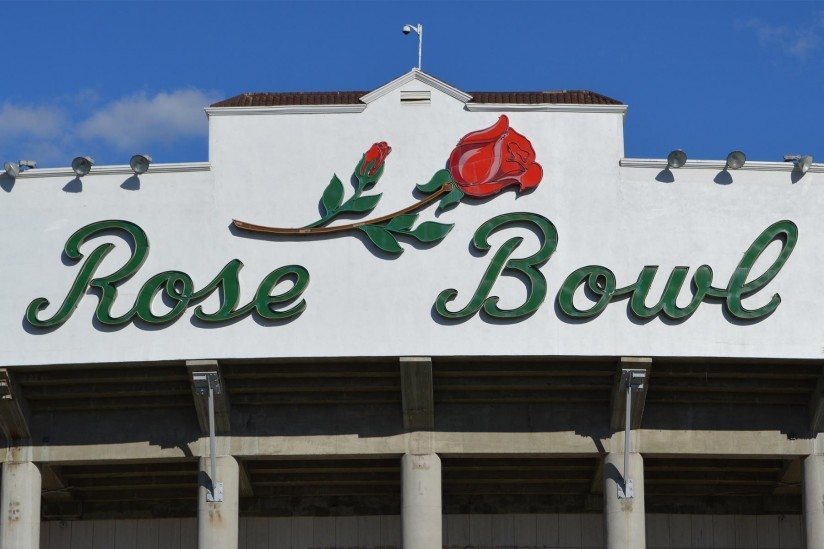 The two hottest teams in college football face off in the Rose Bowl Monday afternoon in what should be an extremely entertaining game.  Penn State enters the Rose Bowl riding an incredible 8-0 SU and ATS winning streak, including defeating Wisconsin in the Big Ten Conference title game as three-point underdogs.

Not to be outdone, the Trojans take the field on an equally-impressive 8-0 SU and 7-1 ATS run, including handing Washington its only loss in 2016.  USC’s domination started when the coaching staff replaced ineffective quarterback Max Browne with freshman Sam Darnold, who was nothing short of spectacular under center.  I’ll side with Penn State plus the points as my free sports pick in the Rose Bowl.

The Trojans’ prolific attack will be challenged by an underrated Penn State defense that was 0.6 yards per play better than average during the regular season (4.9 yards per play to teams that would combine to average 5.5 yards per play).

Penn State’s defense will be missing linebacker Manny Bowen, a 12-game starter and a key member of the team’s No. 23-ranked defense.  Bowen was suspended for violating team rules and was fifth on the team in tackles and tied for second in tackles for a loss (8.5).

Wide receiver Saeed Blacknall has also been suspended for violation of team rules. Blacknall started seven games and split time as Penn State’s Z-receiver with 15 catches and 347 yards. I expect Penn State to remain effective defensively despite the suspension of Bowen as all reports indicate that the team wasn’t fazed by the news.  “It’s a rally cry for our group,” defensive coordinator Brent Pry said.  “There really wasn’t any flinching in the room.”

Finally, since 1984, bowl teams that ended the regular season on a 5-0 SU and ATS run like USC are 15-23 SU and ATS in bowl games, including 1-4 ATS versus foes off an upset win. Grab the points with the Nittany Lions as Oskeim Sports’ free sports pick for Monday!