How to Profit Betting the 2021 NFL Playoffs 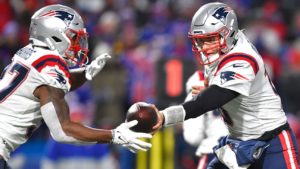 With the 2021 regular season approaching its end, NFL fans and bettors are looking ahead with excitement to the postseason. The NFL playoffs offer bettors a fun and exciting way to catch all the action.

Plus, with fewer games on the schedule, bettors can take advantage of all the different options on the betting board. In addition to traditional bets, sportsbooks often expand their offerings to include all sorts of props and specials come NFL playoff time.

So, as bettors get ready for the NFL’s postseason, here are a few things to keep in mind.

Since 2000, home teams won 134 games and lost 78. That’s a winning percentage of 63 percent. The home team also has a huge advantage in a conference championship. Home teams are 27-15 in AFC and NFC title games during that time span.

Thirty-four of the 190 games had a spread of 3. There were 17 games that had a double-digit point spread with 16 being the highest.

It seems as though at least one wild card team does very well in the postseason. In the Super Bowl era, only seven wild card teams have ever won a Super Bowl. The Tampa Bay Buccaneers became the seventh team just last year.

Wild card teams win a lot of games in the NFL playoffs. Since 2000, wild cards are 51-35 straight up. That’s nearly a 60 percent winning percentage. It’s up to bettors to pick the right ones.

Getting the No. 1 seed in your respective conference is a huge deal. It’s even bigger now that the NFL expanded to seven playoff teams per conference and the No. 1 seed is the only one to get a week off after the end of the regular season.

Earning the top seed in the conference gets a team home-field advantage all the way through a conference championship game. It doesn’t guarantee a trip to the Super Bowl though. It’s about 50-50 proposition.

Since the NFL began seeding playoff participants in 1975, the No. 1 seed in the NFC, for example, has advanced to the Super Bowl 25 times (out of 46).

Playoff bettors shouldn’t forget about betting game totals. They can find serious value in a number of games. There is typically always a playoff team from a cold-weather city. Green Bay has made the playoffs consistently the past several years.

Teams like Green Bay see colder temperatures and all sorts of different weather when the calendar turns to January. There is the possibility of rain, snow, sleet, and high winds in these January playoff games.

These are the types of games where the Under flourishes. Bettors must also consider other factors such as team strengths and weaknesses, injury reports, and trends.

These are just a few of the things to keep in mind as you prepare to bet the 2021 NFL playoffs.