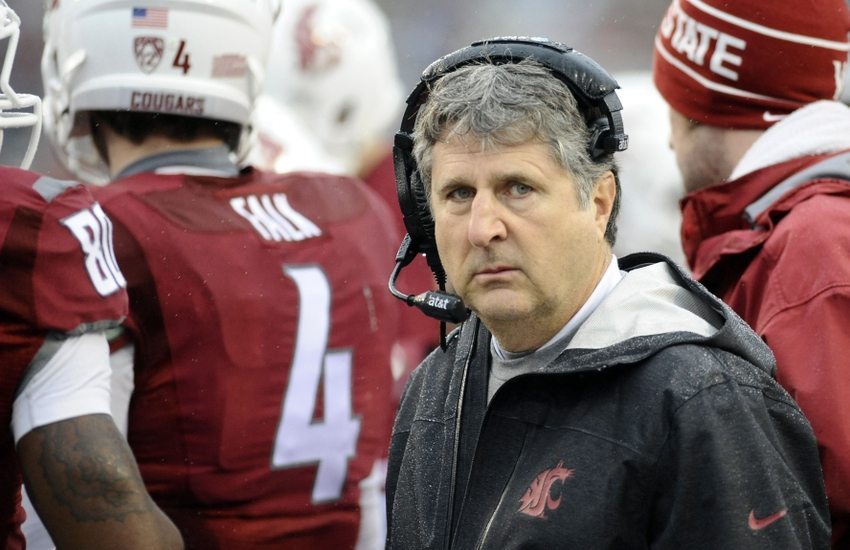 After losing its season-opener to Portland State as 31-point underdogs, Washington State has won four of its last five games, including an impressive 45-38 road win at Oregon.  Head coach Mike Leach deserves a lot of credit for keeping his players focused after losing to Portland State, and I believe the Cougars have a legitimate opportunity to win Saturday’s college football game in Tucson outright.

Not only was I impressed with Leach’s response after being embarrassed by an FCS school (Portland State), but I was equally impressed with how his team responded following their epic upset win over Oregon as 15.5-point road underdogs.  While many programs would have spent the week celebrating and tapping itself on the shoulders (big letdown spot), the Cougars remained focused and proceeded to defeat Oregon State by double-digits (52-31) the following week.

Washington State owns a +0.5 yards per play advantage offensively from the line of scrimmage in this contest so the Cougars should move the chains at a pretty good clip.  The area in which Washington State does not deserve enough credit is on the defensive side of the ball where new defensive coordinator Alex Grinch has done a tremendous job.

Arizona quarterback Anu Solomon continues to be overrated by just about everyone as the sophomore is averaging 7.2 yards per pass attempt in his college football career.  Solomon is also averaging just 2.2 yards per rush attempt at Arizona (166 attempts for 372 yards) so he doesn’t pose a threat on the ground.  Washington State’s defense owns a significant advantage over the Wildcats’ aerial game.

From a technical standpoint, Washington State is 8-1 ATS in its last nine road games versus .666 or greater opposition, while coach Leach is 12-5 ATS as a road underdog.  In contrast, the Wildcats are a money-burning 8-17 ATS versus teams with winning records, 3-8 ATS in their last eleven home games and 3-7 ATS in their last ten games off an ATS win.

Look for the visitor to improve to 3-0 ATS in this series – take Washington State plus the points as Oskeim Sports’ Free College Football pick.