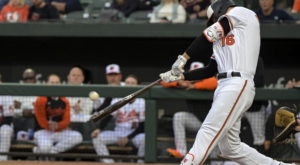 The professional handicappers at Oskeim Sports have the winning information you need before betting on Wednesday’s MLB games. Oskeim’s MLB Betting Market Report gives you the winning edge you need.

Since March 25, 2020, non-divisional road favorites with a total equal to or less than the previous game’s total are 19-4 straight-up with a starting pitcher who lost his previous head-to-head matchup. There’s one additional parameter that will remain for my eyes only. Miami right-hander Sandy Alcantara owns a 0.99 ERA and 0.95 WHIP in four career starts against the Cardinals, including allowing no earned runs in his previous two outings (16 1/3 IP, 1 R, 0 ER, 13K, 2 BB).

The only concern with backing the Marlins in this game is the fact that they are 1-9 in the past ten meetings in this series, including losing all four with Alcantara on the mound.