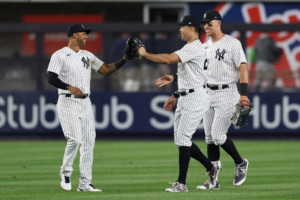 The professional handicappers at Oskeim Sports have the winning information you need before betting on Tuesday’s MLB games.  Oskeim’s MLB Betting Market Report gives you the winning edge.

Since April 22, 2022, the Athletics are 3-18 (-64.3% ROI) straight-up and 4-17 (-63.6% ROI) against the run line at home following a game in which their bullpen gave up two or more runs. There’s one additional parameter in this situation that pertains to the number of hits the opponent had in the previous game. Take Houston and invest with confidence.

Analysis: Since September 14, 2020, the Pirates are 0-13 straight-up and 1-12 (-85.3% ROI) against the run line on the road with a starting pitcher entering off a road win in his previous outing.  Since April 1, 2020, certain home teams are 61-38 (+6.8% ROI) straight-up versus opponents off a one-run loss if the total is greater than 8 runs. This situation is 15-1 straight-up since April 13, 2022. This season, divisional underdogs are just 4-15 against the run line if the line is shorter than the previous game and it is longer than +155 provided the starter won the previous H2H matchup.  Take Chicago and invest with confidence.

Since 2019, divisional favorites of -131 or greater facing an opponent coming off a game with ten-plus hits and no home runs are 112-34 straight-up in contests with a posted total of at least six runs. This trend is 77-22 straight-up when the line is shorter than the previous game.  San Francisco is 28-7 (+18.8 units) in this series over the last three seasons, including 11-5 (+3.9 units) at Arizona.