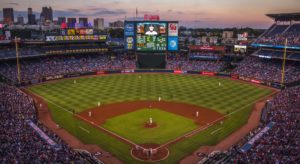 The professional handicappers at Oskeim Sports have the winning information you need before betting on Tuesday’s MLB games.  Oskeim’s MLB Betting Market Report gives you the winning edge.

Analysis: Seattle applies to a very good 30-12 (+18.6 units) system that invests on certain teams priced between +125 and -125 following a one run win versus opponents that have scored three runs or less in four consecutive games. Since July 24, 2019, the Mariners are 24-6 (+48.1% ROI) straight-up following a game as home favorites in which they issued one or fewer walks. Since May 3, 2017, the Mariners are 37-10 (+34.5% ROI) straight-up with a starting pitcher coming off a road win in his previous outing if they are priced within certain parameters and it’s before the All-Star game. Take Seattle and invest with confidence.