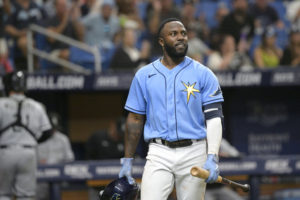 The professional handicappers at Oskeim Sports have the winning information you need before betting on Friday’s MLB games. Oskeim’s MLB Betting Market Report gives you the winning edge you need.

Pittsburgh right-hander Mitch Keller averages 5.0 innings per start, which is relevant in that the Rays are 27-6 (+16.2 units) at home versus opposing pitchers who are averaging 5.0 or fewer innings per start. Tampa Bay southpaw Jeffrey Springs toes the rubber with a 2.00 ERA and 2.98 FIP in seventeen appearances (9 starts) this season, a span covering 54.0 innings. Springs owns a 1.09 ERA, 0.93 WHIP and 2.93 FIP at home this season (24 2/3 IP) and batters are not making solid contact against him in June (24.6% Hard%).

However, before laying your hard-earned money on the Rays, consider the following.  Keller struggled early in the season and after seven starts the Pirates put him in the bullpen.  After two relief appearances, Keller has made four starts over which time he has a 2.42 ERA, a 1.21 WHIP, and a 19.1 K%.  Keller started throwing a sinker, which first appeared in May where he used it 11.7% of the time.  The sinker has become Keller’s primary pitch in June with a 38.7% usage rate.  He removed the four-seam from his repertoire and replaced it with a plus-sinker that has better movement and induces weak contact.

The Rays offense has been pathetic this month, sitting 27th in wRC+ against righties along with a 26% K rate.

Analysis: Since March 11, 2022, non-division road favorites in games with a total of 8 runs or less are 70-27 (+23.4% ROI).  This situation contains a subset angle that is 18-5.  Road favorites are 45-13 straight-up versus opponents they defeated in their previous matchup with starting pitchers who lost their prior personal matchup.  Take Philadelphia and invest with confidence.