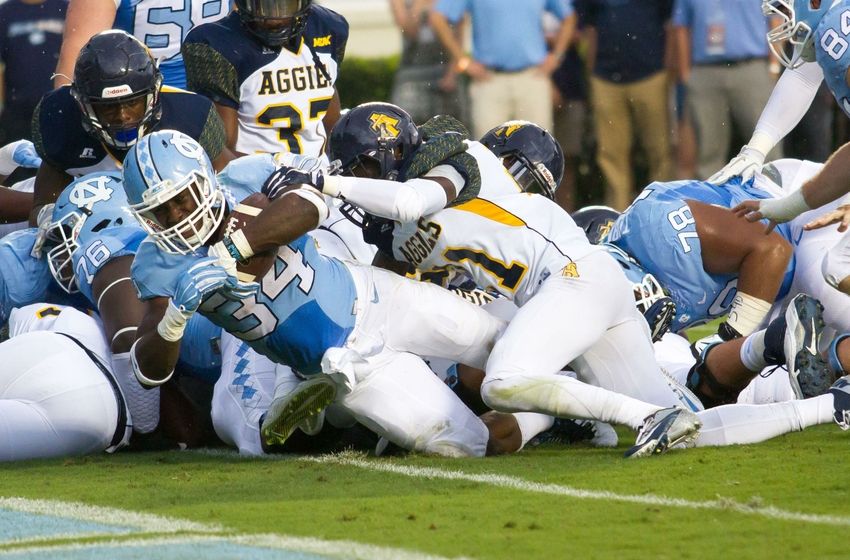 Wake Forest is coming off a bizarre 3-0 win over Boston College wherein the Demon Deacons managed only 142 total yards and five first downs. That win is significant in that college football teams off a win in which they scored six points or less are a money-burning 8-28 ATS in their next game, including 1-13 ATS as an underdog. Let’s also note that Wake Forest is just 1-12 SU and 4-9 ATS following a win over the last three years and 3-10 SU and 1-12 ATS in the second of back-to-back road games.

Overall, Wake Forest is 0.7 yards per play worse than average offensively in 2015, which gives the Tar Heels a significant 0.9 yards per play advantage on the defensive side of the ball.

As you can see from there above analysis, Wake Forest has no chance of throwing the ball successfully against an outstanding Tar Heel secondary. The Demon Deacons will also struggle to move the chains on the ground, which is another reason why this game has blowout written all over it.

North Carolina is fresh off a bye and defeated Georgia Tech 38-31 on the road the prior to last as six-point underdogs. In fact after losing their season-opener to South Carolina, the Tar Heels have reeled off four straight wins, covering the point spread in three of those.

North Carolina’s potent offense will be challenged by a stout Wake Forest stop unit that has been 0.6 yards per play better than average (4.8 yards per play to teams that would combine to average 5.4 yards per play). But, the Deacons’ defense has been exploited by Syracuse (30 points) and Indiana (31 points) so it’s not hard to imagine a scenario under which the Tar Heels eclipse both of those outputs Saturday night. North Carolina’s big advantage is through the air against a decent Wake Forest secondary that is 0.2 yards per pass play better than average.

With eighteen returning starters and one of the conference’s best offenses, the Tar Heels are one of the most improved (and dangerous) teams in college football. Lay the points with the Tar Heels as Oskeim Sports’ free pick!