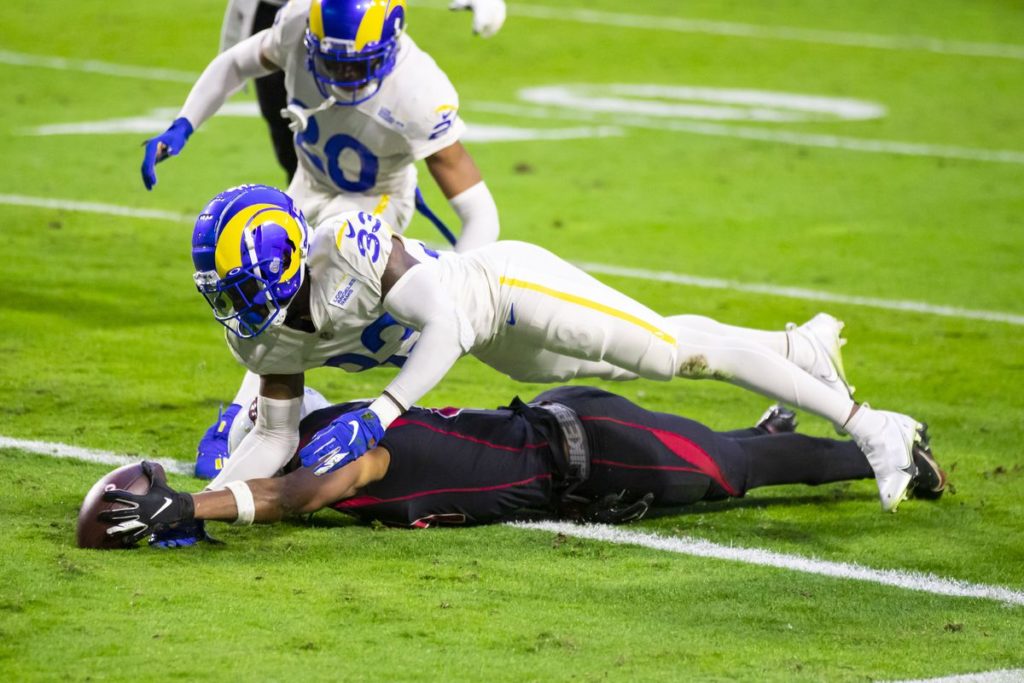 Oskeim Sports previews Sunday’s game between the Arizona Cardinals and Los Angeles Rams and provides a free NFL pick in the game.

Los Angeles can clinch a playoff berth by either (a) winning its regular-season finale or (b) a loss by the Bears. Los Angeles quarterback Jared Goff is out after sustaining a thumb injury against Seattle last week that required surgery.

I’m not entirely sure Goff’s loss is as significant as the betting market suggests as he completed just 55.8% of his passes for 5.4 yards per attempt in last week’s 20-9 loss. Goff’s completion percentage over expectation (CPOE) was minus-5.9%, and his inconsistency has plagued the Rams all season.

Backup John Wolford will get the start, and he was the best quarterback in the AAF before posting a 95.8 passer rating in the 2019 preseason. Wolford provides a mobility element absent with Goff, and head coach Sean McVay will undoubtedly create a game plan that maximizes his athleticism. Wolford averaged 20 rushing yards per game in the AAF and I expect to him utilize his legs to escape Arizona’s pass rush.

Arizona starting quarterback Kyler Murray is dealing with a leg injury that will likely hamper his ability to scramble. In last week’s stunning 20-12 loss to San Francisco, Murray averaged fewer than 5.0 yards per pass attempt while turning just 18% of those throws into first downs. In Arizona’s Week 13 loss to the Rams, Murray finished with just 15 rushing yards on five carries, and it’s unknown whether he’s healthy enough to run quarterback draws effectively and zone reads.

Murray will likely be without wide receiver Larry Fitzgerald, who didn’t practice all week with a groin injury. While wide receiver DeAndre Hopkins is averaging an impressive 2.29 yards per route run, he won’t have much success lining up across from Jalen Ramsey, who is conceding just 0.48 yards per cover snap (2nd-best among qualified cornerbacks).

Take the Rams plus the points as Oskeim Sports’ Free NFL Winner for Sunday, January 3.