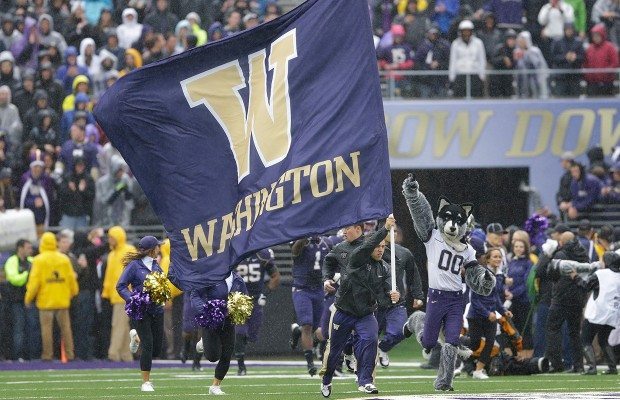 Washington is two wins away from bowl eligibility and remains one of the most underrated teams in college football. Despite standing at 4-4, the Huskies’ three conference losses were each by six points or fewer, and head coach Chris Petersen has this program heading in the right direction. “I’ve been saying we’re going to get good if we can persist,” Petersen said. “If we can continue to stick to this process which is really, really difficult to do when all the results aren’t coming right away.”

Meanwhile, Utah arrives in town with a grossly overrated offense that has been 0.2 yards per play better than average this season (5.6 yards per play against teams that would combine to allow 6.4 yards per play). Utah will try to pound the ball with star running back Devontae Booker, who ranks eight among FBS backs with 156.0 yards from scrimmage per game. Booker has accounted for 43.2% of Utah’s scrimmage yards this season, but he will have a stiff challenge against a stout Washington front seven.

The Utes are 7-1 this season, but they are only +24.0 yards per game and looked disinterested against Oregon State last week. Utah is 2-5 ATS in its last seven November games and 2-5 ATS in its last seven conference games, whereas the Huskies are 4-1 ATS in their last five November games and have won all eight meetings in this series (but only 2 of those meetings have occurred in the L/18 years). Lay the points with Washington as Oskeim Sports’ Free College Football Pick. Good luck!