Oskeim Sports Continues to Ride SMU to the Ticket Window 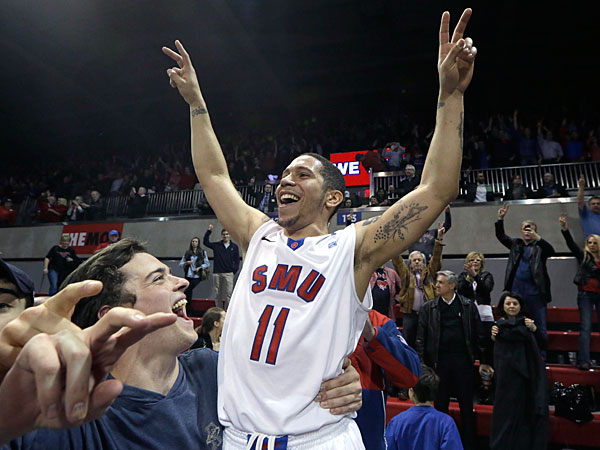 I have been saying for weeks how underrated SMU was, and the Mustangs have cashed two of my largest selections of the season with wins over ranked Memphis and Cincinnati.  Here is the analysis my private clients received Saturday morning:

On the offensive end of the floor, SMU is averaging 78,2 points per game at home this season on 53.7% shooting from the floor and 38.5% from three-point territory. The Mustangs are leading the conference in field goal percentage and are ranked 8th nationally (49.4%). While Nic Moore (13.7) and Markus Kennedy (12.2) lead the team in scoring, seven Mustangs are averaging at least 5.3 points per game. And, in its six games inside the newly-renovated Moody Coliseum, SMU has an average scoring margin of +21.2.

For technical support, let’s note that SMU is a perfect 8-0 ATS as a home favorite, 8-2 ATS versus conference opponents, 12-4 ATS off a home win and 11-4 ATS after winning five of its last six games, whereas the Bearcats are a money-burning 6-15 ATS versus teams with a winning record, 5-14 ATS versus teams who are limiting opponents to 42% or worse from the field and 9-21 ATS following a conference game. One of the most impressive stats that I have seen is the fact that SMU head coach Larry Brown’s teams are an incredible 114-18 (.864) at home, including 19-7 (.731) at SMU. Brown has quietly developed SMU into one of the best teams in the nation as the Mustangs’ win over No. 22 Memphis (87-72) was the program’s second win over a ranked opponent in four weeks. On January 4, SMU defeated No. 17 Connecticut (74-65) . Take SMU to make it three straight over ranked opponents and invest with confidence.