Oskeim Sports Cashes its First 5* Release of the NBA Playoffs 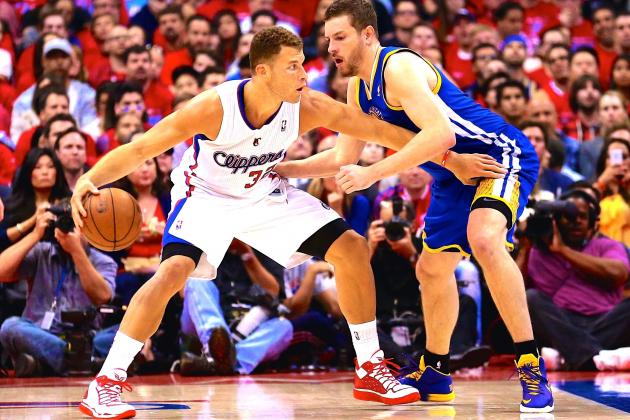 Los Angeles represents a very strong technical play as the Clippers are a profitable 22-13 ATS after failing to cover the point spread, 18-7 ATS off one or more consecutive losses and 12-2 ATS following an upset loss. Los Angeles also takes revenge very seriously as the Clippers are 13-3 ATS when avenging an upset loss this season. What I like most about this investment is the fact that Los Angeles falls into one of my best postseason systems – a very good 27-3-1 ATS contrarian situation – that invests on certain favorites off two or more consecutive SU and ATS losses, provided they are matched up against an opponent off two or more consecutive SU and ATS wins.

In fact, during the regular season, Los Angeles pulled down 30% of available offensive rebounds against the Warriors when Bogut was sitting on the bench. Another problem facing Golden State on the offensive end of the floor is its reliance on the three-point shot. The Warriors are averaging 25 three-point field goal attempts per game (38.0% overall), which is good news for Los Angeles investors as the Clippers possess one of the best three-point defenses in the league (33.3%). Finally, Golden State is allowing 110.2 points over its last five games, whereas the Clippers are averaging 108.8 points over their last seven contests. Take Los Angeles minus the points and invest with confidence.