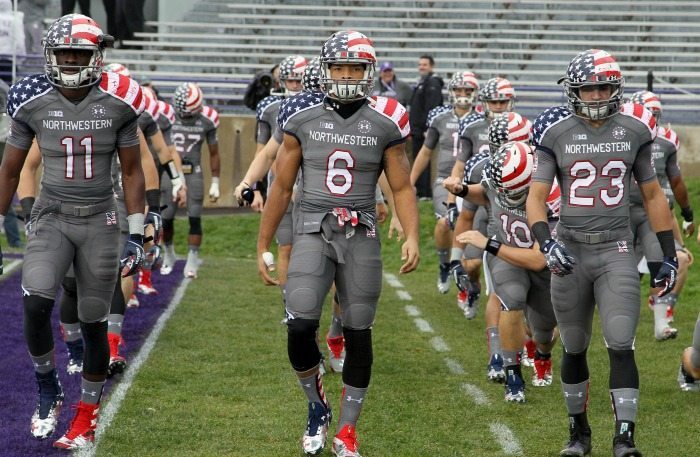 Don’t be misled by Northwestern’s 24-17 loss at Minnesota last week as the Wildcats had a 24-14 first down advantage, together with a 393-274 total yards edge in the game.  Northwestern remains an underrated team despite owning upset wins over Penn State (29-6; 10-point underdogs) and Wisconsin (20-14; 7.5-point underdogs).  And, since Nebraska joined the Big 10 Conference in 2011, all three games in the series have been decided by a total of seven points.

“They’ve been kind of strange games to say the least,” Nebraska coach Bo Pelini said Monday.  “They’re a well-coached football team that plays hard and is sound in what they do, and they make you earn everything you get.”  Northwestern also takes the field with legitimate revenge after suffering an improbable 27-24 loss in Lincoln last year due to a Hail Mary on the final play. That revenge angle is significant in that the Wildcats are 7-2 ATS when avenging a conference loss.

However, Nebraska’s attack has been significantly less efficient on the road where the Cornhuskers are averaging 4.1 yards per rush play and 6.0 yards per play, both of which are well below their season averages.  I have been extremely impressed with Northwestern’s defensive line this season, and I expect defensive coordinator Mike Hankwitz to learn from last week’s game film wherein Michigan State limited star running back Ameer Abdullah to just 47 yards.

The one area of concern for Northwestern bettors is the Wildcats’ offense, which will likely struggle to move the ball against a very good Nebraska stop unit that is 0.8 yards per play better than average (5.0 yards per play to teams that would combine to average 5.8 yards per play).  However, in a series that has been tightly contested over the last few years (Northwestern has covered the last three meetings), grabbing the points with the Wildcats is the logical move in this game.

The situation also favors Northwestern as the Cornhuskers suffered their first loss of the season two weeks ago against Michigan State, and have had a full week to think about their playoff-bubble bursting.

With .500 college football teams standing at 17-4 ATS off a loss in Game Seven versus an opponent off a loss, provided our ‘play on’ team was installed as an underdog in its previous game, take the Wildcats and invest with confidence.