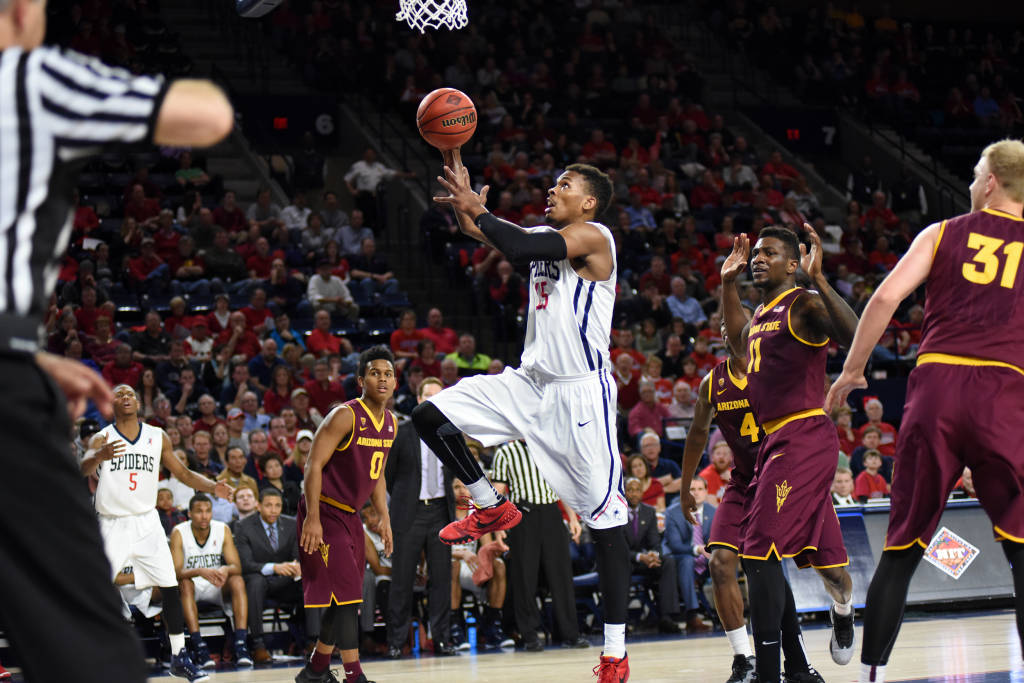 Richmond is 80-17 at home over the last six seasons, including winning six of the last seven games versus ranked teams. The Spiders finished the regular season on a six-game winning streak, including wins in seven of the last eight games to conclude the 2014-2015 campaign. Over that stretch, four players averaged in double figures – Kendall Anthony (14.0), Terry Allen (13.2), ShawnDre’ Jones (13.0) and T.J. Cline (13.0).

Richmond’s defense was also phenomenal over that period of time, limiting opponents to just 54.7 points per game on 37.9% shooting from the field and 18.7% from beyond the arc. Let’s also note that five of the six conference wins came against 2014 NCAA Tournament teams.

I also like the fact that the Spiders’ solid backcourt takes excellent care of the ball. In fact, Richmond is second in the Atlantic-10 Conference and ranks 12th in the country for fewest turnovers with 10.0 per game. And, when the Spiders do commit a turnover, it usually occurs in dead ball situations as they only allow 10.2 points per game off turnovers and just 4.3 fastbreak points.

Richmond’s attack also takes the floor in excellent form as the Spiders are averaging 70.0 points on 49.4% shooting from the field over the last five games. And, as outlined above, the Spiders’ offense has excelled under the 30-second shot clock. I should also note that Richmond ranks 9th nationally in turnover margin (3.6) 23rd in assist-to-turnover ratio (1.35). The true strength of the Spiders is found at the defensive end of the floor where they are allowing just 61.1 points per game to teams that would combine to average 68.1 points per game). The Spiders are also limiting opponents to a mere 58.9 points per game at home (40.7% FG; 29.5% 3-PT).

Meanwhile, Miami Florida arrives in town with a pedestrian attack that is averaging 68.7 points per game against teams that would combine to allow 65.1 points per game to a mediocre offensive squad. Overall, Richmond possesses a 3.4 points per game advantage defensively over the Hurricanes’ attack.

However, that advantage does not take into account the fact that Miami point guard and second-leading scorer Angel Rodriguez is listed as doubtful with an injured wrist. Rodriguez averages 11.9 points per game and owns a team-best 3.9 assists per game this season, and his absence is a significant blow to Miami’s NIT hopes.