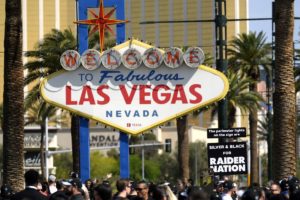 With the 2022 NFL season starting in less than a week, bettors should anticipate a successful campaign. Certain trends from previous years are something to consider before Week 1. It’s not a good idea to follow trends blindly, but being aware of some from Week 1 in years past might help bettors find value as the new season gets underway. Here, we look at some Week 1 tendencies from previous years.

The majority of sportsbooks presently have up to 10 home underdogs in Week 1 of the 2022 season.

There have been only four times in the last 45 years when there have been more than seven home underdogs in Week 1 of an NFL season.

The home dogs this year aren’t short ones either. Seven of the ten are currently 3-point underdogs or greater. Why are home underdogs so prevalent this year? Some of it has to do with how home teams have performed in general during the previous few seasons.

Home teams have won 46.4 percent of the time against the spread and have an ATS record of 356-404-14. You would have lost nearly $7,000 if you had wagered $100 on each home favorite over the previous three seasons. As the 2022 season begins, the poor performance has bookmakers second-guessing their predictions. This current pattern should be considered by bettors.

Since 2005, teams with a losing record in the previous season and then are a road underdog in Week 1 in the subsequent season have a 61 percent win probability.

Remember that favorites and home teams are frequently overvalued by the betting public. Teams that advanced to the playoffs the previous season are also overvalued. When you combine everything, you get some fairly solid football teams that are underdogs in Week 1.

An example of this type of game this year in Week 1 is Pittsburgh (+6.5) against Cincinnati. For the first time in 18 seasons, the Steelers will not start Ben Roethlisberger as quarterback after missing the playoffs the previous season. Pittsburgh had previously defeated the Bengals 11 times in a row, but Cincinnati has now won three straight games against the Steelers. And don’t forget, the Bengals played for a Super Bowl last year.

You usually go overlooked in Week 1 of the following season if you only had a few victories the previous year. Actually, a particular subset of clubs performs admirably in Week 1. Teams that win four to six games the previous season are one of those groups.

Teams with four to six wins the previous season covered the spread in their season opener in the following year 66 percent (65-33-22) of the time. In Week 1 this season, Carolina fits the bill.

With RB Christian McCaffrey missing for the majority of the 2021 season, the Panthers finished the season 5-11. Carolina will be a 2-point home underdog to start the 2022 campaign.

Keep the following trends in mind when placing NFL Week 1 totals bets. The Under is typically the norm in Week 1 matchups between two teams that did not advance past the regular season. In the last 109 such games, the Under was 63-45-1 (58%) overall.

Seven games this season will be played between teams who missed the playoffs the previous year. One of those, for instance, is the Eagles and Lions. It comes as no surprise that all seven totals are 46.5 or less.