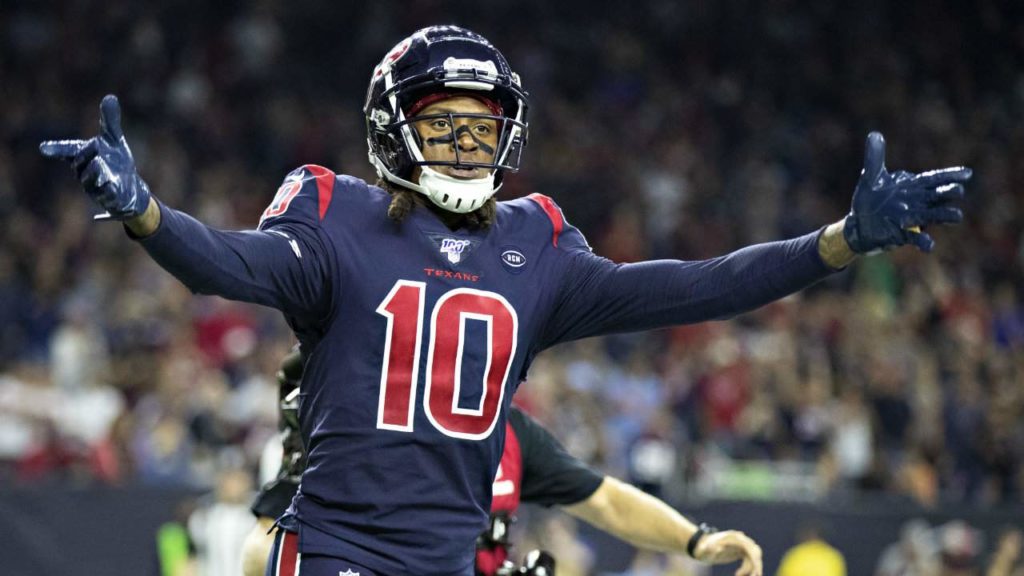 It would be extremely easy to label the DeAndre Hopkins NFL trade to Arizona as an “F.” As bad a trade as it appears, why in the world would Houston trade away one of the top five wide receivers in the NFL?

That question doesn’t even begin to address the Texans getting a so-so running back in David Johnson and two draft picks, neither of which is a first-rounder.

So, how and why did Houston trade one of its best players? For the answer, we must take a look at Texans head coach Bill O’Brien.

O’Brien is clearly no Belichick, but he did produce a 10-6 record last season and an AFC South Division title. The Texans even won a playoff game but were then ousted by eventual Super Bowl champion Kansas City in the Divisional Round.

It should be noted that Houston actually led that game 24-0 before allowing Super Bowl MVP Patrick Mahomes to go off for five touchdown passes.

Bad Decisions
One of O’Brien’s first moves as the GM in Houston was to trade away DE Jadeveon Clowney. It wasn’t a huge surprise that O’Brien traded Clowney. It was the timing of the deal.

Houston applied the franchise tag to Clowney, a former No. 1 overall pick, in the offseason. By waiting to trade him to Seattle, the market for his services weakened and O’Brien ended up having to pay roughly half of his 2019 salary.

O’Brien also paid a questionable price – two first-round picks – for OT Laremy Tunsil last year. A contract extension was not agreed upon by both parties and now Tunsil will have plenty of leverage when his contract expires at the end of the 2020 season.

Tunsil didn’t make that much of a difference upfront for the Texans either. Quarterback Deshaun Watson ended up getting sacked 44 times in 2019.

More Bad News
One of the arguments for the Hopkins trade has to do with Watson’s contract. Watson is still on his rookie contract and Houston can extend the fifth-year option meaning the signal-caller wouldn’t become an unrestricted free agent until 2022.

Hopkins still had three years remaining on his deal and likely would have wanted to restructure his contract to more accurately reflect his status as one of the best at his position.

Final NFL Trade Grade
How O’Brien fares in this NFL trade will have to play itself out in the 2020 season. Johnson rushed for a mere 345 yards last season and missed most of 2017 with a wrist injury. He hasn’t been anything like his 2016 season – 1,239 yards rushing, 16 TDs, 80 receptions, 879 yards, 4 TDs – in recent memory. Plus, there’s the huge salary cap hit to consider.

O’Brien picked up Carlos Hyde prior to last season and he notched his first 1,000-yard NFL season. Hyde’s cap in 2019? $1.9 million. Johnson is going to have to be extremely productive this season for this trade to score anything higher than a “D.”