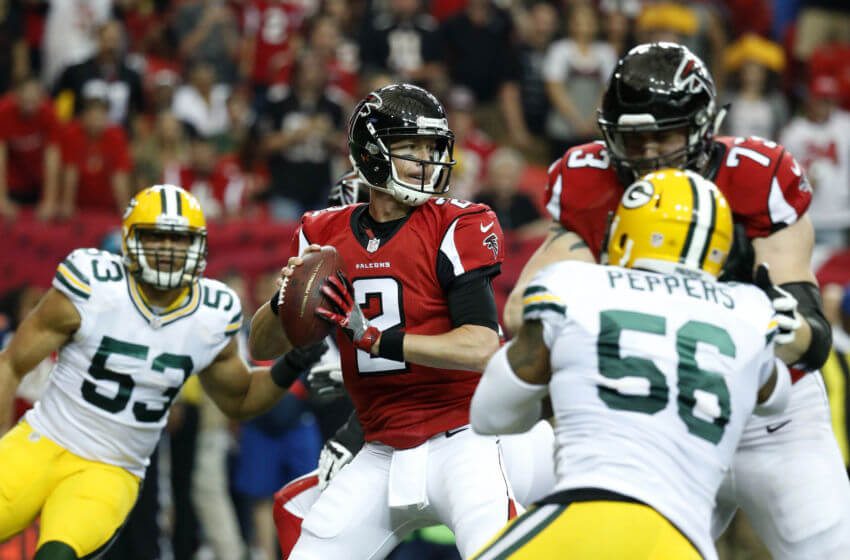 In the twelve NFL games with a total of 57.5 points or higher, the OVER is 10-2 (83.3%).  Interestingly, this game has the highest total of any NFL game since Week 9 of the 2000 regular season between St. Louis and San Francisco.

From a historical standpoint, the OVER has been a profitable investment in NFL games involving extremely high totals like the one we have in the NFC Championship game.

Let’s also note that the OVER is 11-0 in Atlanta’s last eleven games played on artificial turf and 11-1 in its last twelve conference affairs, while the OVER is 17-4-1 in Green Bay’s last 21 games versus NFC South opponents.

As a team, the Falcons have converted 53.6% of third downs on passing plays; the Packers have converted an even better 54.4%.  Ryan was one of just three quarterbacks to complete half of his attempts thrown 20 or more yards downfield this season (30-of-60).  Andrew Luck (50.8%) and Russell Wilson (50.7%) were the other two signal-callers to excel on throws downfield.

I also like the fact that Atlanta’s offense is averaging 7.58 yards per play on first down, which leads the league by a wide margin.  Meanwhile, Rodgers has thrown 28 touchdowns and just five interceptions while under pressure since the start of the 2014 season.  The NFL average over that span is 3.2 touchdowns per season to 3.2 interceptions.